This is the third and final post that has been created by a guest writer for HBOWatch. If what’s offered is seen favorably then ANNA RYTSZEL will soon be a permanent writer for the site. Good luck, Anna! 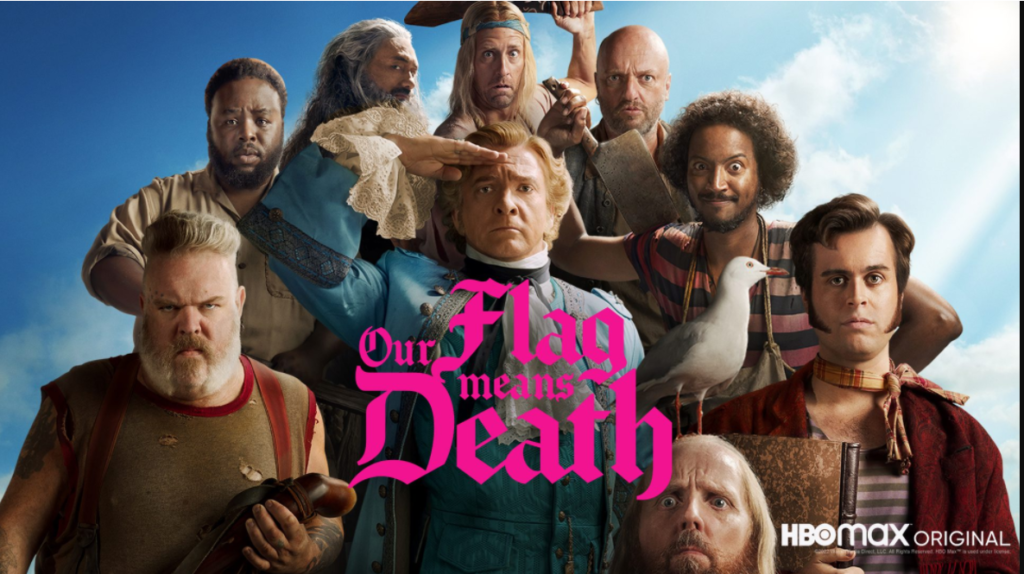 “Our Flag Means Death,” one of HBO Max Newest Series; What We Know So Far

We are now into March, and with that, the quantity of series increases for HBO and HBO Max. One of the new series appearing on HBO Max is Our Flag Means Death. This comedy series was written by David Jenkins, directed by and serving as an executive producer none other than Taika Waititi. The show is loosely based on a real-life pirate named Stede Bonnet. The series premiered its first three episodes on March 3rd, 2022.

Stede Bonnet was born in 1688, his parents, Edward and Sarah Bonnet owned an estate of over 400 acres located southeast of Bridgetown. The estate was given to Stede after his father’s passing in 1694. Bonnet married Mary Allamby in Bridgetown on November 21st, 1709, they had three sons, Allamby, Edward, and Stede, and one daughter, Mary.

In the spring of 1717, Bonnet decided to become a pirate, some say that his nagging wife Mary, drove him to turn to a life of piracy. Bonnet was known as “The Gentleman Pirate” due to his high social status. Stede had no previous experience or knowledge of life aboard a ship. As history will tell us, most pirates seized their ships through mutiny, by boarding other ships, or by transforming a privateer vessel into a pirate ship. However, Bonnet being an aristocrat with money, contracted a local shipyard to build him a sixty-ton vessel which he named the Revenge. The ship was equipped with ten guns and had a crew of more than seventy men. Bonnet also paid the crew wages instead of the shares of plunders as most pirates did.

In September 1717, Stede set sail to Nassau. Back in the 18th Century, the island of the New Province in the Bahamas was known as an infamous pirate den. While in Nassau, Bonnet met Captain Benjamin Hornigold and Edward Teach, yes, the Edward Teach better known as Blackbeard. If you enjoy pirate movies and shows you might recognize the name Edward Teach from another series Black Sails that ran on Starz from 2014 through 2017. Teach played a large role in the rest of Bonnet’s life. Due to his injuries, Bonnet sustained while sailing to Nassau, he was no longer able to command the Revenge. He handed over the command to Blackbeard, however, he remained on board as a guest of the more experienced captain. 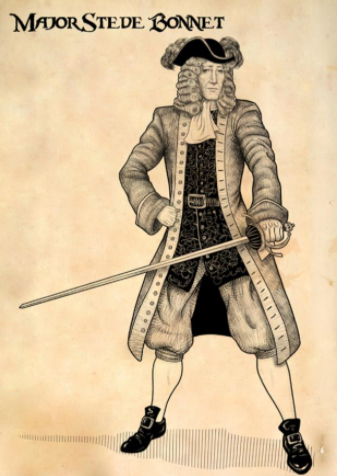 Now that you have a little background of who Stede Bonnet was and how he became a pirate let’s dig just a little into the show. The HBO Max comedy is roughly based on the life and adventures of Stede Bonnet, the would-be pirate. The series will start Rhys Darby as Stede Bonnet and Taika Waititi as Blackbeard. The rest of the cast includes Kristian Nairn, Nathan Foad, Samson Kayo, Rory Kinnear, Con O’Neill, Vico Ortiz, Ewen Bremmer, David Fane, Joel Fry, Guz Khan, Matthew Maher. Some recurring cast includes Leslie Jones, Nat Faxon, Fred Armisen, Samba Schutte, Kristen Schaal and Nick Kroll.

Sarah Aubrey, head of the HBO Max original content said in a statement “A series concept like this jumps off the page, and you can instantly envision every moment. David and Taika’s unique take on Bonnet’s rollicking misadventures on the high seas are sure to thrill and delight audiences everywhere.”

Stayed tuned for our review of the new HBO Max comedy series Our Flag Means Death.