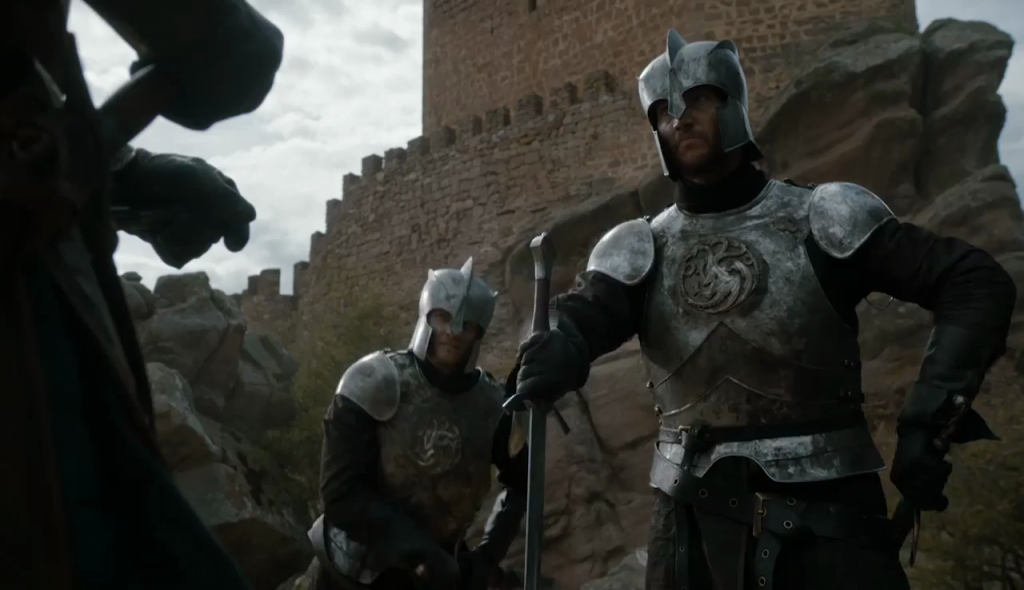 With just less than a week before the premier of Game of Thrones, HBO’s newest teaser for the sixth season of it’s incredibly successful show is the last touch in a successful marketing campaign that began earlier this spring. The newly released teaser, which you can view below, doesn’t have a lot of new information in it, but in addition to some shots we have already seen in previous trailers, there are some new frames that are enticing enough to make us start counting down the days until Sunday night.

Check out the teaser:

“Wherever you are, wherever you go, someone wants to murder you,” Tyrion Lannister intones at the beginning of the teaser, an observation one cannot help but find ironic when it is accompanied by a shot of Jon Snow, whose death last season left many shocked. We get another shot of knights wearing armor emblazoned with the Targaryen sigil in a scene that many have speculated will be a flash-back to the events at the Tower of Joy, a story-line which may play an important part in determining Jon Snow’s parentage once and for all.

Close on the heels of the knights are a fearful assembly of White Walkers and wights, led by the Night’s King who featured heavily in the conflict at Hardhome last season, and who has been featured prominently in Season Six trailers, menacingly reaching for Bran Stark’s arm. The teaser continues with some shots we have already seen; the Lannister twins, a royal funeral, a Greyjoy ship. We see Sansa, briefly, her face eclipsed by a snowy branch in what can only be a frame from her escape sequence with Theon, a scene we have seen a great deal of in trailers.

The teaser lingers on the Northern battle that will take place late in the season, in which many speculate Jon Snow and Ramsay Bolton will clash as they fight for control of Winterfell. Moving on, Daenerys is whipped by a Dothraki rider– this is the first we have seen of her being physically abused by her new captors, and it is jarring. We also get our first glimpse of Dorne; Ellaria is featured briefly, so viewers can expect the blood-thirsty lover of Oberyn Martell to be back this season. The teaser continues,  but the shots featured towards the end are mostly recycled from other, already released, promotional materials. We see Bran and the Night’s King again, and a similar confrontation of man and monster pits Tyrion against a dragon. Overall, the teaser promises that we can look forward to a lot of action and intrigue in the upcoming season. Season Six can’t start soon enough!