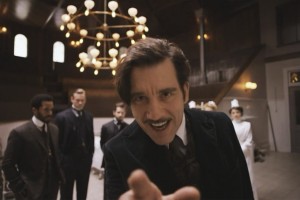 What goes up must come down. You could say this old adage applies to Dr. John Thackery, our beleaguered hero, from Season One. This man was polished, possessed a cunning wit and sharp intelligence; he had an eye for the latest medical technology and knew how to rub shoulders with New York’s elite. A handsome doctor with some serious swag, John knew just how far he could push his patients and his medical procedures. He had a dark past; one that included a former girlfriend (in which he had to operate on her nose by doing a risky skin graft to repair her face) and he also recognized his medical equal in others, most notably (and perhaps a tad controversial) partnering up with Dr. Algernon Edwards. His clandestine whirlwind romance with Nurse Elkins brought him deeper into a dark rabbit hole. Dr. John Thackery also had one small problem: his addiction to cocaine. Even though his surgeries tended to be flawless and his medical lectures followed and lauded by many, John was a tormented man.

Let’s recap those other characters as well. Dr. Algernon Edwards, an African American man, worked his way up the medical ladder and secretly worked out of a backdoor medical clinic, helping other African American patients. He was a highly intelligent man with impeccable manners, even when taunted and faced with oppression and favoritism. Some of his surgeries were cutting edge (remember, this is 1900 we’re talking about) and were met with critical praise and success. He also waded into unknown territory: a forbidden, cloak and dagger relationship with his benefactor’s daughter, Cornelia Robertson. A secret pregnancy, a rushed abortion and pressure to maintain his working relationship with Cornelia and John made Algernon snap. The man had a temper and with it – a serious fighting streak. Cornelia, for her part, was dealing with the lecherous and extremely inappropriate advances of her father in law, while trying to wrap her head around ending her forbidden relationship with Algernon and keeping all of this a secret from her fiancé. She does the right thing and cuts Algernon cold, marries Phillip and leaves for San Francisco, although there is much regret on her part. As a woman from a wealthy family, she oversaw the day to day operations of the Knickerbocker Hospital with competency and diplomacy; this did not go over well with her father, Captain Augustus Roberts. After all, a woman’s place was by her husband’s side, to bear the future generation and have absolutely no autonomy.

Then there’s Dr. Gallinger: a man who has watched his child die from meningitis (brought into his home by his very own hands) and then watched his wife slip into madness. The attempt to help Eleanor out by adopting one of the many abandoned children in the hospital nursery took a deadly turn when Eleanor decided to give the baby an ice cold bath, resulting in a second dead infant. With his wife’s mental faculties stripped away, he committed his wife to an insane asylum. Not the future Gallinger had in mind when he came to the Knick, working alongside Thackery. Cleary, the ambulance driver, and Sister Harriet, has formed an unlikely alliance, trying to help young women “in trouble” while noting the goings on around them. We no longer have to worry about mobster Bunky trying to rough up anyone on the streets or threatening hospital administrator Barrow. Barrow has sunk lower than he could ever imagine, as he has someone worse to worry about: Wu. Yikes. John’s protégée, Bertie, had stood by John, even when rumours swirled around about his competency and drug addiction. By the end of first season, you could see Bertie had completely changed his perspective on John (and Nurse Elkins, for that matter). Who knows what’s in store for the crew at the Knickerbocker Hospital

Now let’s ponder and speculate a bit. What will the future location of the Knick be? Will it move upstate and cater to only wealthy clientele? Will Cleary and Sister Harriet continue to help girls in trouble and risk getting caught? Will Bertie leave the Knick in favor of a medical practice his father would approve? Will Bertie forgive Lucy and attempt to start over again with her or will he sever all ties? I think Bertie is better off staying at the Knick but avoiding a personal relationship with Lucy. Even though he had expressed great interest in Lucy, perhaps Bertie needed this wakeup call as a means to focus on what’s really important and at this moment in time, his career should come first. 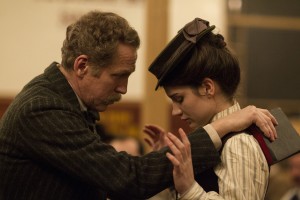 Will John be able to overcome his addiction and rise up stronger, smarter and prosper in the halls of the Knick? Will he, Algernon, Chickering and Gallinger be able to save the hospital’s reputation? How will Barrow cope, now that he has gotten in even deeper debt to (of all people, John’s opium dealer) Wu? Can he maintain his level of sanity, trying to run the hospital, maintaining a happy façade at home and pay off his distasteful deeds in time? It is my hope that Gallinger comes back to the Knick and throws himself into research and work, taking his mind off of his personal troubles. It would be nice for his wife to make some sort of progress – both physically and mentally – but I don’t see that happening.

As for Lucy, will she go back to the straight and narrow path? Will she find true love with someone else and kick her codependent habit? Lucy needs to focus on getting her health and welfare back and her work as a nurse needs to be her main priority. I hope she comes to terms with the fact that a man like John Thackery is not the type of man for a long term, stable relationship. She needs to get him out of her system and move on. Cornelia needs to tell Phillip that his father made inappropriate advances and comments her way – and to hell with the social mores of the time. It doesn’t matter if her father-in-law is considered upper class; sexual harassment is sexual harassment! She also needs to come clean about the affair with Algernon, because we all know how the past has a way to come back and haunt a person, and at the most inopportune times.

I would like to see Algernon get promoted to some sort of major position of responsibility and thrown himself into his work. He needs to forget about Cornelia – yes, they were both consumed by childhood attraction and passion but sometimes, that’s not enough. There’s more than enough challenges that they would be facing back in 1900 – he, an African American man and she, a wealthy socialite from a white family. This 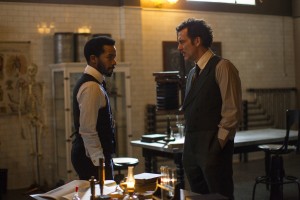 spells disaster, so I would really like to see Algernon move on and move up in the medical ranks, as a man of respect and perhaps, a man of ingenuity (maybe he will patent something for the medical field that will make his world renowned).  I would like to see the Knick as a hospital where the health and sanitation of patients and staff is top notch; where other doctors come to visit their lecture halls and speak with staff members; where hospital administration is run by someone with good intentions and no hidden agendas and that perhaps some wealthy benefactors will pump some much needed cash into the Knick’s coffers in order to pay down debts, expand floors or wings and incorporate new technology.

Wu will most likely make a few appearances, thus scaring a lot of people with his sheer brutality and violent methods of collecting debts. As for John, he needs to check his ego at the door and kick his drug habit for good. A man such as Thackeray should not be throwing his medical talents away by becoming a cocaine addled junkie. He’s only hurting himself (and to some degree, the medical field). I would love to see him clear headed, somber, serious and back in surgery, healing people and helping the medical field by taking on new types of medical advances, taking chances by collaborating with new staff and sharing ideas with other medical doctors. I would like, at some point, see John in a romantic relationship with a woman who challenges him both intellectually and medically; maybe  he will find love and maybe he won’t treat it like a game.

I would like to see all of our colorful characters at The Knick find success – personally, educationally or medically. What do you think? 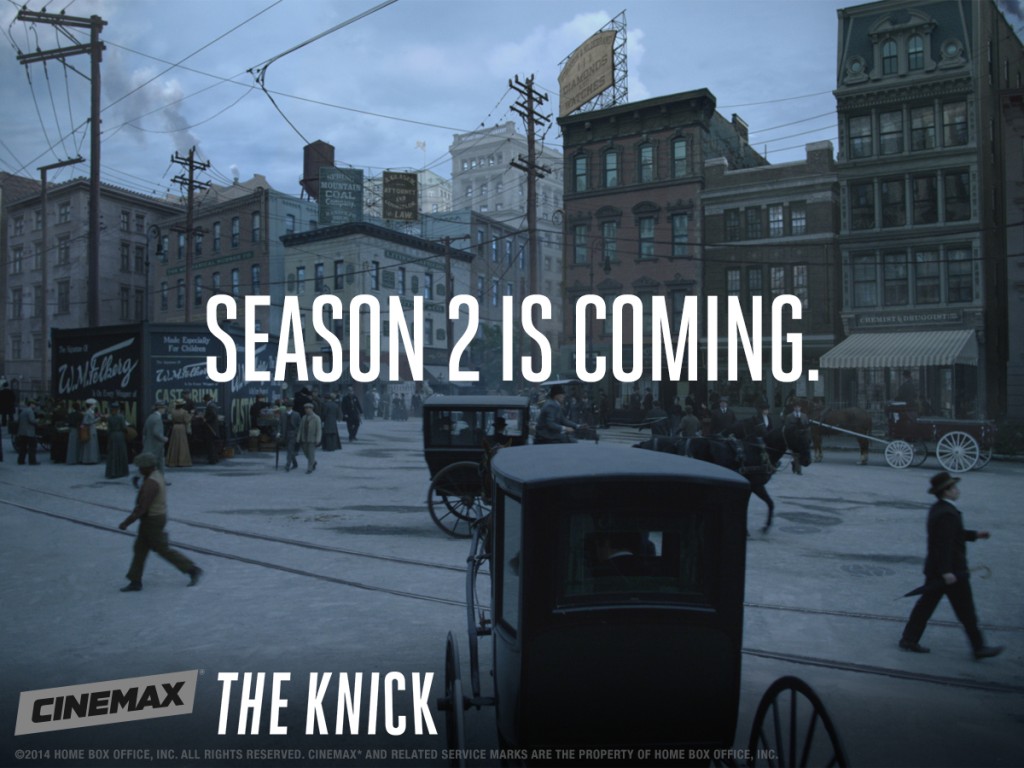