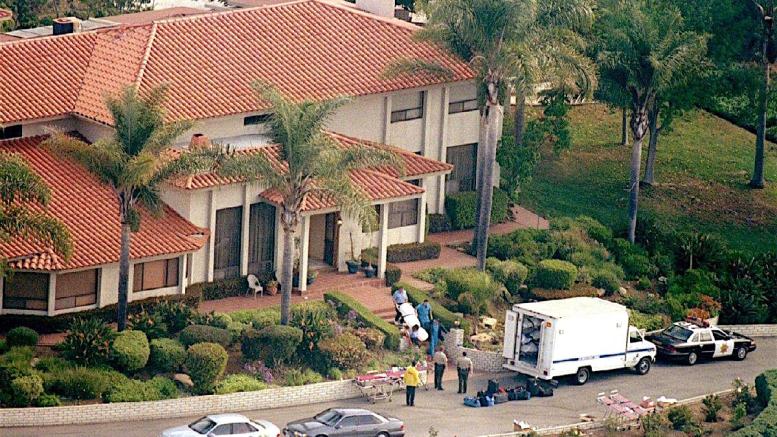 On March 26th 1997, the bodies of 39 men and women were found in a rented mansion in Rancho Santa Fe. They had each taken a cocktail of barbiturates and placed a plastic bag over their heads. Their deaths were painless and peaceful. They were discovered lying in their beds wearing identical clothes and with purple cloths over their faces. This series tells the story of the 22 years leading up to this tragedy and the two people behind the largest mass suicide on US soil in history. Featuring interviews with former members of the Heaven’s Gate cult and family members of those whose lives have been affected by the events of March 1997, this documentary ultimately serves as a tribute to those who lost their lives and seeks to educate the terrifying fact that it really could happen to anyone.

In 1975, Marshall H. Applewhite and Bonnie Lou Nettles started a recruitment campaign in small towns across the United States. They would entice people to their meetings with posters preying on those interested in UFOs, finding out their greater purpose and ascending to the Next Level. After being known by a few names, they were mostly known as Ti and Do (a nod to The Sound of Music) or ‘The Two’ (from the Book of Revelations). Out of the original 1975 recruitment drive, we meet Sawyer and Frank who are the two most prominent voices throughout the series as both were with the group for a considerable amount of time. Sawyer, a disheveled-looking man living in solitude in Vermont, tells some incredible stories about his time in the cult. He left only a couple of years before the suicides took place, but the honesty he speaks about the cult is deeply humbling. He still firmly believes in the teachings of Ti and Do and despite having now been out of the cult for over 20 years, it has continued to be a huge part of his life and will affect him until his death – however, this isn’t a scarred man. This is a man who chose to leave, the reasons which he reveals late in the film. He didn’t want to leave but he felt like he had to, so his remorse at leaving is still hanging over him along with the knowledge that he believes every single member of his ‘family’ (because inevitably, that’s what they were to him) are now happily living in The Next Level without him. We also have the unforgettable voice of Frank, who has a severe speech impediment, caused by being ridiculed by Do in the group for having a deep voice, rendering him fearful and ashamed to speak for fear of being berated. Frank joined the group in 1975 with his girlfriend of three years, Erika and despite spending much of their time in the cult physically apart as sexual relationships were forbidden, they remained very much in love. Frank and Sawyer offer the most insight into what life was like in the group, Sawyer speaks of it more fondly than Frank, however, it is unclear how Frank feels retrospectively about his time in the group.

The 39 people who took their lives were educated, well-rounded people for the most part. They were teachers, musicians, artists, computer programmers, accountants and former para-troopers. People that you would think would be unlikely to be sucked into a cult and submit to apparent brainwashing and that is what makes this saga both fascinating and terrifying. Speaking to former members they say the reason they joined is because they were curious about what Ti and Do promised them. Most of them were at a time in their lives where they didn’t know what they were really doing, they were directionless, aimless. This was exactly what they had been looking for. As well as speaking to Frank and Sawyer, the documentary also spends time with family members left behind, the daughter of two members, the sister of a member and most interestingly the daughter of Bonnie Nettles, aka Ti. Terri Nettles was not in the cult, but her mother remained close to her, writing her long letters every week. This was done in secret as the cult requested upon joining that you sever all ties with any human connections, one of the stages of shedding their ‘humanism’ in order to transcend to The Next Level. 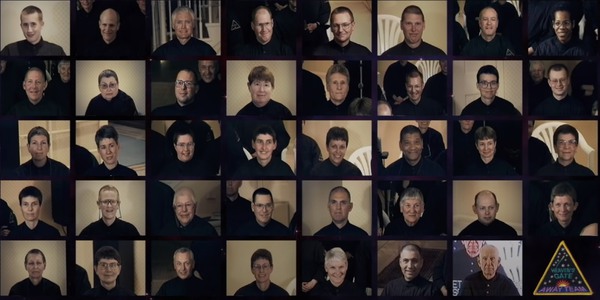 Each member of the cult was very much aware that they were in a cult. They knew how the rest of the world would see them. They knew family and friends wouldn’t understand the choices that they made. However, they truly believed in the teaching of Ti and Do. They believed that they were preparing themselves for a life beyond Earth and that their souls would be transferred into the bodies of extraterrestrial beings. They thought that when it was the right time, they would pass through Heaven’s Gate and reach The Next Level. You may be reading this and have heard about this story and used words like ‘crazy’, ‘brainwashed’ and ‘deluded’. You might think that these people had drug addictions, mental health problems or were uneducated but this wasn’t the case. They just believed in something, unconditionally, and were prepared to lay down their life for it. The documentary handles this so perfectly, without presenting the 39 members as wacky cultists or as crazy people, but rather as human beings who found something to believe in. They died thinking that they were going to The Next Level. Their deaths were peaceful and painless and they died feeling happy with the choices they had made. That serves as a great peace for some of the families who survived them and they hope to honour that and the documentary does a great job of doing that too.

The documentary was made in conjunction with the podcast platform Stitcher which aired a series on Heavens Gate in 2018, hosted by Glynn Washington, who had grown up in a different cult and could speak honestly and candidly about the mentality of cults. His perspective allowed you to really understand how it is not the weak-minded who join cults, it could literally be anybody. The podcast series goes into a bit more detail than the documentary series, especially regarding the religious undertones to Ti and Do’s teachings, the history and background of Ti & Do and speaks to other people who have connections with Heavens Gate. The docu-series doesn’t break much new ground in terms of anything new or anything additional to the story, because the podcast did such a brilliant job of thoroughly examining and explaining what happened. But you are introduced to voices you know so well, the voices of Sawyer, Frank and Terri, and it allows you to see the story rather than just hearing it.

Heavens Gate: The Cult of Cults is a must-watch for anyone. It is an exceptionally well-made documentary that simply tells the story of the group with honesty and integrity.

Stream it now on HBO Max! 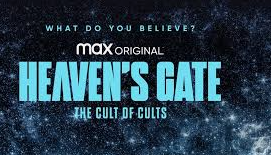