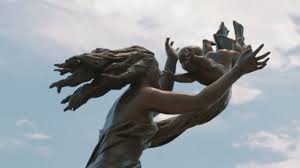 The catalyst for the Tom Perrotta novel “The Leftovers” and its HBO adaptation, of the same name, by Damon Lindelof and Perrotta was the singular and mysteriously devastating incident known as the Sudden Departure. It was a tragic event still yet to be explained or understood. It occurred in the blink of an eye on October 14, 2011. 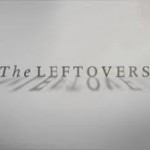 2% of the world’s population just vanish and what is left over is a distraught, perplexed populace left to sort out and make some sense of why such a massive loss happened in such an extraordinary way. The family and friends missing did not all suddenly leave us in the usual fashion – there were no deaths involved just a shocking absence. They were there and now not.

Those of course who have followed the first two seasons of THE LEFTOVERS on HBO know all that. And now we await the arrival of a Season Three. Note, that no exact premiere date has been announced, but we eagerly wait for it. It is to be the final season of the series, so we must wonder how it will it all be resolved. Though the creators have stated the ‘how’ of the Departure was never to be disclosed we still cling to that hope that somehow it will anyway. 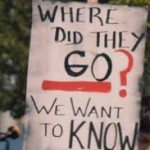 We know the story will take us from Jarden, Texas to Down Under, to Australia and that it will play out in a short eight episodes. What will await us there? Surely the whole Kevin Garvey brood (Justin Theroux, etc. al) will show up there in some semblance of sanity? Surely they cannot escape the mind games that the Guilty Remnant plays on them, as that was a main component of the story? How will they get Meg Abbot (Liv Tyler) there and is Patti Leven (Ann Dowd) truly purged? And lastly, what of the Sudden Departure? Will it ever be explained? Ponder that my friends on this day, October 14, the anniversary of that inexplicable day that changed the life forever for those left over.