WBD has a real mess going on complete with subscribers and creative teams both frustrated and disappointed. Can the company turn it around? We are all aware of the cancelled shows that have been halted, but now the streamer is pulling library content from the site. For example is the biggest title to date; not only was Nolan/Joy’s WESTWORLD cancelled but the entire series has been purged from the site. So, a streaming service is pulling content it deems no longer viable.

Now some of you may grumble that the example used only got worse as seasons went on but the point is if they can pull WESTWORLD they can pull anything. “Oh, the latter seasons of TRUE DETECTIVE were not as strong as the inaugural season, let’s pull it. We pulled THE TIME TRAVELER’S WIFE and RAISED BY WOLVES so, by the same criteria let’s pull other one-season-and-done shows like WATCHMEN, THE OUTSIDER, LOVECRAFT COUNTRY and STATION ELEVEN also. And let’s not stop there, THE SOPRANOS and GAME OF THRONES are older content and their viewership has dropped so pull them too.” Yeah, where will it end?

So, let me say this – don’t hold off that you want to save a program for a rainy-day binge session because if WBD sees an under achiever on the site it just might pull it with little warning. Besides, there is a slew of House Hunters, Love It or List It and Chopped to replace it with! *Cringe*

But now all this ‘low-grade’ content they’ve pulled is said to possibly get another life on another platform and it even could be on a platform WBD owns. Shall we collectively scratch our heads? I mean, the stand-alone Cinemax site is gone (you can still subscribe to the cable channel though) and the stand-alone formally called HBONow is also shuttered, yet they want to turn around and create down the line a FAST site. FAST is a free ad-supported app; think Tubi and Pluto and you get the idea.

What is the FAST route? Because the subscriber platform market is too large and expensive nowadays. Who wants to spend all that money on multiple platforms to get the entertainment they want? The consumer wants simple, easy, cheap content and if that means their content comes with commercials, so be it. That’s right, Internet Entertainment was killing Traditional TV but the trends show that in this bloated field the old-fashioned TV model wasn’t doing badly, thus Pluto and the latest FAST outlets.

I reiterate – what a mess. So, here is the content now purged, but, look for it surfacing somewhere else. Did I mention this is a real mess? 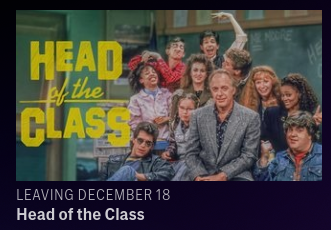