For all the momentum they had going through that finale, they had to ruin it all by having them smoke cigars in the control room?! I’m not even completely sure they can’t do that but when you stop to think about what they’re doing you get thrown completely out of the immersion, which is a total mood killer. Thankfully they picked a good song to play over it all.

So, to summarize. Will got over himself. Charlie got over himself. Reese found himself on the right side of an argument. Maggie is going to confront her demons, but first she has to confront her friends. Jim wants to do right so his tangents in what could be described as potentially mischievous aren’t very enthralling because, since he wants to do right, nothing bad will happen. Sloan got Kanye’d. And Aaron Sorkin managed to squeeze in one last jab at Republicans. One last satisfying jab. I’m not broadcasting my political leanings, am I?

Nothing all that engaging happens in the very beginning except for Republicans who don’t understand basic female biological functions (I’m definitely broadcasting now). Still, that’s pretty much a recap of things that happened in the last episode. The real opening is the exodus. Taylor Warren, Romney’s spokeswoman on the bus tour, warns Will that his tongue is about to be tied. I mean, that his staff is going to leave once he does because of Genoa. A likely side effect of trying to create something with integrity is that the resulting something will also have integrity. 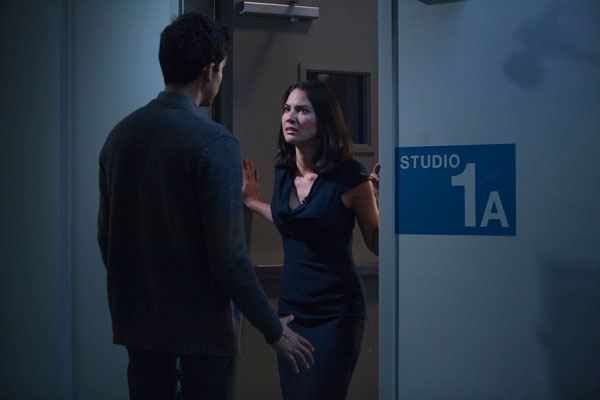 Could you call what Sloan is going through a bad day? Would it be classified as a tough time? I say this not to belittle the character, it’s just difficult to determine where she can be affixed to on the spectrum when everything works out for her despite the fact that she’s never been allowed to talk. After all, to stumble onto the most glaring piece of evidence possible for who bought her book seems like it would do a good job to counteract all the trouble she’d been having. Of course Don had to say something. He always has something to say now about everything, being second in witty banter only to Will. It seems like him breaking up with Maggie was probably more than a little good for him, even if he was more than a little cold leading up to it. He’s still my favorite character now. I guess the turn-around for Maggie is going to take a little while longer. 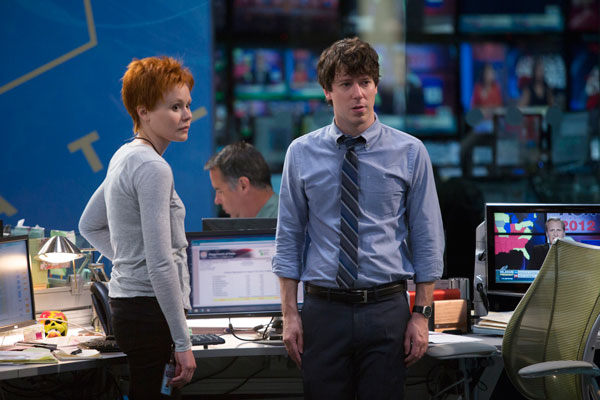 So a child died in Maggie’s arms. That’ll hit someone pretty hard. The people around her are just starting to realize that, finally. After all, coming in with a buzz going or buzzing your hair are just signs that you might be going through some stuff, nothing serious. It’s just a little worrisome that it took someone so long to confront her about what happened. At least her dealing with those feelings is more interesting than her dealing with her feelings for Jim. There’s no doubt in my mind that the show’s writer, Aaron Sorkin, heard about some of the more unpopular opinions concerning Maggie and Jim. The way he handled that here, I think, is more than impressive, if a bit unscrupulous. By segueing from Maggie’s trip to Uganda to her relationship with Jim, it holds the connection from what’s more likely to gain sympathy and draws it into what could have been a moment in the show where people would have groaned wanting to see more of… anything. I never saw what any of the kerfuffle was about with their relationship, but then I didn’t mind Russell Crowe’s performance in “Les Miserables.” What I’m saying is that sometimes I don’t get all the hate directed at them when there are other things that are worth complaining about. 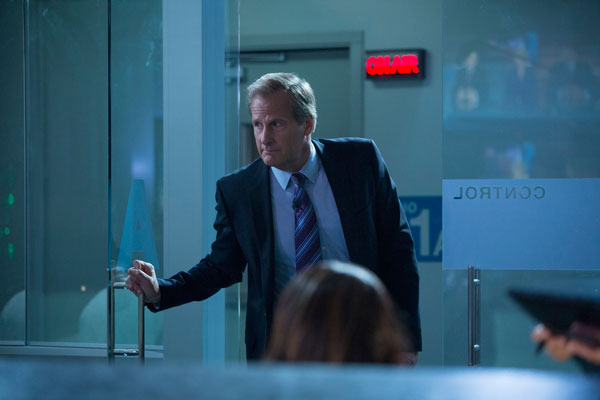 For example, when Will decides that he wants to pretend he’s Dr. House for a moment so he could have a shocking epiphany that solves everything, leading to what could gracefully be described as the most rambling proposal ever. That realization aside, it’s not that this is a bad scene; on the contrary, I thought it was quite lovely. A touching human moment captured in shots of perfect hair brushing up against each other. Of course he’s been presented as someone so headstrong you’d think it would take longer to happen. That’s why he left the newsroom and got into the fight with Mac because they had to bring up the fact that he bought the ring as a joke to make it that much more powerful, albeit a bit more predictable when he pulls it out of his desk. The problem was that the scene where they are arguing and Will brought up the ring was probably the weakest part of the show. Weaker than the likelihood of Charlie walking into Jim’s ex-girlfriend. The scene just felt more forced than the rest of it. Even scenes like the one of Charlie and Lisa at least had comedy driving them. Speaking of Lisa, if you happen to be a Sorkin fan you know what he did here. It’s a “walk and talk” through a pleasant little party of arrogant people in nice clothing. Seems like a nice callback to “The West Wing” if you think about it like that.

This was a lovely finale. Overall everything was as good as it could get. Will and Mac’s bickering is probably going to get worse once they get married. Don and Sloan would no longer be fast talking and incomprehensibly smart on their own, they could combine their powers and become unstoppable! Or maybe Sloan will just have a bit more confidence. If you hated Maggie in the first season, you probably have a burgeoning respect for her now. Jim’s… he’s Jim. If the show were to be canceled now, I don’t think I’d have a problem with that. Like I said about the show maturing through the disaster of Genoa, this is the end of something and the beginning of something new. Sometimes an ending needs to be open ended like that. Of course this isn’t the end. Not even close.

This is just me nitpicking but who had the phone at the party? Jim said it was probably a server but that’s only probably. Not that I think Leona, in a pot induced stupor, took the picture and posted it to twitter but it just irks a little that it was never one hundred percent resolved. Phooey. Oh well, I’m off on a journey to walk down long hallways and talk with the people around me until season three airs.