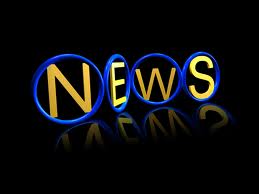 Now none of the following is big news but news just the same. And since HBOWatch likes to report about all aspects of our favorite network we felt we needed to catch up on this news from the past week. Feel free to comment. 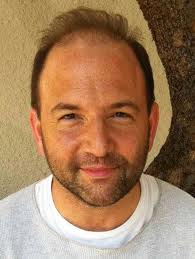 As we have heard Alan Ball will step down as showrunner of the show he developed five years ago based on the Charlaine Harris’ novels. The go-to man if TRUE BLOOD goes beyond the upcoming 5th season will be Mark Hudis. He is not an outsider to the show as he already serves as a co-executive producer. There has not been any confirmation that a season Six is a go, but if the numbers for the show hold another season is likely. Regardless of what happens to this show both Hudis and Ball have development deals with HBO. Alan Ball has already inked a deal for BANSHEE for HBO’s sister channel Cinemax.

It is not a sequel to the previously released game from Atlus but a new game for a new format. It is a game for the FaceBook crowd.
The social network has upped its gameplay features and is now looking to add a game centered on the environs we come to love as Westeros in Game of Thrones: Ascent. According to George R. R. Martin, author of the novels for which the HBO series and this game is based the game will feature “alliance building, treachery, marriages, murders and most of all the constant struggle to be the greatest house in Westeros.” The game is by developer Disruptor Beam and that company invites those interested to “like” their Facebook page for a chance to become a beta tester for the game. The company states that they are hardcore fans of the work and want to do it justice.

HBO Latino is Latin America’s premier HBO channel that has been creating original works since 1989. It runs USA content dubbed in Spanish or Portuguese and series or telenovelas original to the channel. Now HBO subscribers can watch a number of titles on the streaming app HBOGO.  There is the newest series MUJER DE FASES and also, DESTINO DEPORTE, EPITAFIOS, MANDRAKE, SEXO URBANO, CAPADOCIA, HIJOS DEL CARNIVAL and ALICE all complete with subtitles. More news about these shows now available for viewing is forthcoming. 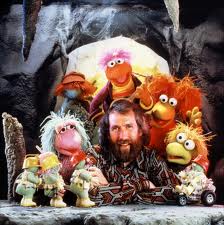 An old series no longer on the channel gets the movie treatment. We are not referring to Adam Grenier and company in
ENTOURAGE but to Gobo and company from FRAGGLE ROCK! Jim Henson Productions created this children’s show that aired around the world. In America it could be seen on HBO from 1983 to 1987. Well, now a writer for the Oscar winning movie “RANGO”, Jim Byrkit and partner Alex Manaugian are working on the script for the movie. There had been previous attempts to launch a children’s film but they fell through. Now it appears that all the Henson creations including Gobo, Mokey, Red, Webley and Boober Fraggle, the Doozers and the Gorgs and many other Muppet – like characters will come to life again on the big screen.

Signing out for now but keep your eye out for more from News Roundup appearing periodically right here at HBOWatch.