It is past due to catch upon some news around the globe as it relates to our favorite premium channel HBO! Most of this session’s news centers on personas behind-the-scenes and onscreen that have shaped the network. That’s followed by some short odds and ends. So, let’s jump right to it.

Longtime HBO BOXING analyst Larry Merchant, 81, called his last fight for HBO a few weeks ago. His finale was in Houston, Texas call 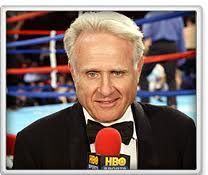 ing a fight between junior featherweight titleholder Nonito Donaire and former titleholder Jorge Arce. He was, of course perched ringside, where he has been providing pugilistic commentary for the last 35 years for HBO.

Merchant, in a statement, says he will “become a Tom Brokaw-like senior kibbitzer on major news and events in boxing. … I’m looking forward to my new role and to new adventures in television, writing and the expanding media universe.” Here, for those inclined, is HBO’s little tribute to their colleague.

HBO Sports president Ken Hershman says, “We’ve been honored to have him as a colleague and he’ll always be a member of the HBO family.”

Whenever we see news about one of the most critically acclaimed series in HBO’s history we make note of it, even if it is bad news. Two persons associated with the show have died. They are Donnie Andrews and Robert Chew.

The first individual may not ring a bell with anyone but he was an important player in the story of THE WIRE. Donnie Andrews was t 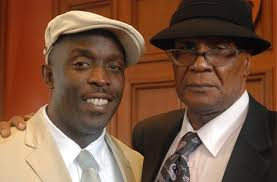 he inspiration behind the character of Omar Little. He grew up on the streets of Baltimore and got into the thick of the drug scene and became a master stick-up artist at  an early age. In short, he eventually paid for his crimes and served time.

THE WIRE creator, David Simon, had sent Andrews copies of the newspaper while he was incarcerated, and Andrews would call him with information about crime taking place on city streets. Simon made him a consultant on his HBO show “The Wire,” where Andrews was among the inspirations for stand out character “Omar Little”, the drug assassin with a moral code. Andrews appeared on screen as one of Omar’s crew, and died in a shootout scene where Omar leaps from a four-story building and escapes. Andrews said that really happened to him — but he had jumped from the sixth-story.  Michael Kenneth Williams, the actor who played Omar, wrote on Twitter: “R.I.P. to the original gangsta and a stand up dude.”

The more recognizable person we obit here is Robert Chew. He played, for all five seasons of the show, gang leader “Proposition Joe.” Joe was a portly and amiable presence, but was often a match in wits for rival drug lords and was able to manipulate most situations to his advantage. His nickname stemmed 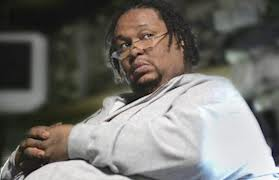 from his trademark phrase “I’ve got a proposition for you,” going back to his days on the school yard selling test answers.

Mr. Chew died of heart complications aided by morbid obesity. David Simon sent a letter to the Baltimore Sun praising Chew’s gritty and true-to-life depiction of the Baltimore gangster: “’The Wire cast was an embarrassment of riches and it was easy, I think, for outsiders to overlook some of those who were so essential as supporting players. Robert’s depiction of Proposition Joe was so fixed and complete — from the very earliest scenes — that the writers took for granted that anything we sent him would be finely executed.”

For the second year in a row, as proved by this previous HBOWatch post,  HBO’s GAME OF THRONES is the number one pirated TV program out there. This is according to TorrentFreak.com which tracks illegally downloaded content. The site posted a list of the shows most often downloaded. Here are the top ten: 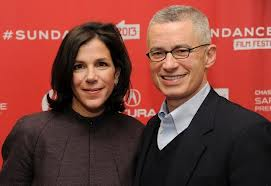 Noted Documentary Filmmaker Alexandra Pelosi has created another film for HBO called FALL TO GRACE; this time it is about the political career of former New Jersey governor Jim McGreevey. They are both pictured at left.

He is the politico who stepped down from office in 2004 in a gay sex scandal and became another disgraced politician brought down by his own actions. Pelosi says, “I was intrigued by the caricature that I saw in the tabloids, because Jim McGreevey is a tabloid fixture in New York. They’re obsessed with everything he does, and I was intrigued by the way they hunted him, like an animal.”  She also stated that she was drawn to broken men and their stories, and chose to profile McGreevey because he had “turned around his life.” Note that those quotes around “turned around his life” are mine as not to infer that he needed to correct his gay lifestyle but that he needed to redefine his life as being more than a scandalized gay individual.

We report this finding here as the FALL TO GRACE has premiered at this month’s Sundance Film Festival but has not been scheduled on HBO as of yet. HBOWatch will report of its premiere on the channel when it is announced.

Though this threat was not at corporate offices in New York City of at its LA offices the potential danger was still a newsworthy item. The scene was HBO offices in Santa Monica, California. There is not much to report but about 200 employees were evacuated from the offices in the 2500 block of Broadway Street on 01.17.13.

Santa Monica Police Sgt. Richard Lewis said, “Someone called [the office receptionist] and made a threatening statement The caller said he was going to blow something up.” The building was evacuated at 4:48pm and searched; nothing suspicious was found. Was it another disgruntled HBO fan wanting to pay for an HBOGo subscription or just angered that his favorite show is not on air fast enough? We may never know but, at least, the call was taken seriously.

That’s a wrap. I’ll save the most exciting news I have for a short stand alone post. So, did you find the above informative? Like what you see here? Do you wish the News Roundup: to continue in 2013? Please let me know in the comments below.