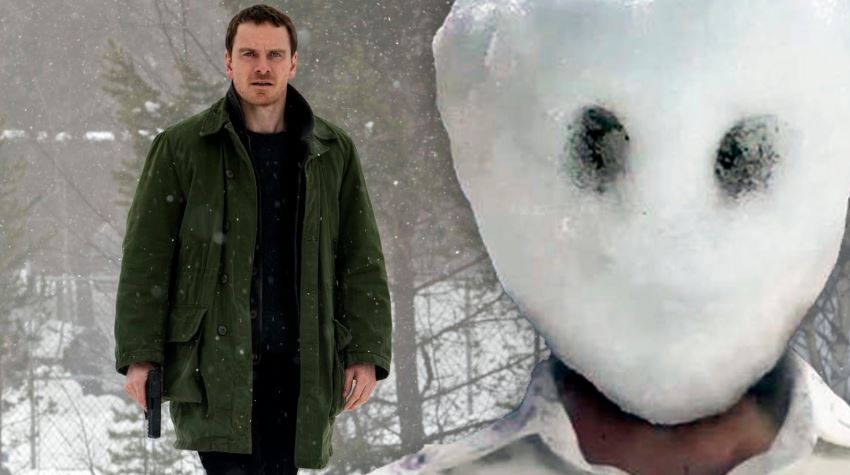 HBOWatch Editors were not able to line-up a writer to review THE SNOWMAN but that doesn’t mean that we don’t want to draw your attention to it. Besides, in the warm months don’t you just want to cool down? Turn up the air conditioning and chill out with this thriller which debuts SATURDAY, JULY 21 at 8:00pm. 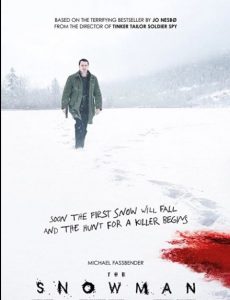 It should offer all you need to cool you off. It has a cold clime & locale,  plenty of snow & ice and a bone-chilling killer on the loose. The locale is Norway; the winter weather plays a big part of the story with a handmade classic snowman as a calling card from a serial killer that rages wild every major snowfall. Of course, as is the case with every major crime villain, the movie is only as good as the methodology used by the villain. Does this movie offer up a strong enough villain for the task?

The star of the piece, however, is not the killer but the detective on the case to stop his chilling evil deeds. That is because it is a mystery just who the killer is until late into the film. A number of suspects are presented I gather and the Detective Harry Hole (Michael Fassbender) is off to rout him out and stop the killings. He is assisted by Katherine Bratt (Rebecca Ferguson). Also about are plenty of Scandinavian actors and a few other familiar faces like J. K. Simmons, Val Kilmer, Toby Jones and Chloë Sevigny.  Check out this trailer:

The movie is directed by Tomas Alfredson (Let The Right One In and Tinker, Tailor, Soldier, Spy) from the Jo Nesbø novel of the same name. Principal photography was filmed in Norway. Martin Scorsese was to direct Leonardo DiCaprio in the work but when the actor fell away Scorsese just dropped to an executive producer. The movie grossed $6.7 million in the United States and $43.1 million worldwide. It cost $35 million to make. So why did this movie just melt?

Critic Justin Chang of the Los Angeles Times gave the film a negative review, writing “There’s probably a good movie or several buried in the frigid wilds of Nesbø’s fiction, and with more time and cultural nuance and fewer cooks in the kitchen, it might well be realized. Watching this bungled slopsicle of a movie, it’s hard not to conclude that somebody let the wrong one in.” Devan Coggan of Entertainment Weekly called it “a twisty tale of inexplicable red herrings, baffling plot detours, and Chloe Sevigny as not one but two identical chicken farmers” and Rotten Tomatoes gave the following ranking:

So are you better off reading the crime novel instead? Are you curious on why this movie got such a low rating? Is it like slipping face first into yellow snow? Are you crazy enough to find out? Watch THE SNOWMAN now on HBO.