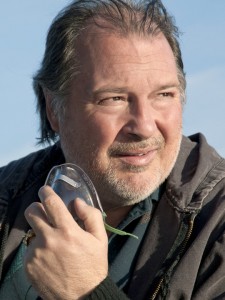 A new actor will join the cast of the Emmy award winning comedy Veep for its sophomore season. Kevin Dunn (Luck, Transformers) joins the cast of Veep Season 2 as

“…the President’s Chief of Staff. Pragmatic and no-nonsense, Ben finds himself unable to navigate the all-spin-all-the-time world of Washington politics.”

Julia Louise-Dreyfus picked up an Emmy this year for Outstanding Female in a Comedic Role and the show is hoping to add to their hardware collection again this year with season 2.

In other Veep news it looks like initial script readings have begun as cast member Timothy Simons has been tweeting from the set. Here’s the latest from him:

We’ll keep you updated as to a possible premiere date for Veep season 2 but if filming begins now and with two other comedies premiering this winter we expect the new season of Veep to more realistically fit into it’s previous scheduling slot behind Game of Thrones in March.