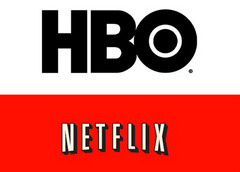 For as long as Netflix has offered streamable content its users have pined for more of it. While Netflix has been expanding its online library at a decent pace recently, it won’t be offering HBO’s content via streaming without a major price hike.

According to the Hollywood Reporter the price increase would be substantial, if the option is offered at all.  One “unnamed high-placed Time Warner executive” said that Netflix would have to raise their rates from $7.99 up to $25 per month in order to get “a meaningful amount of HBO content.”

Jeff Cusson, HBO’s Senior VP of Corporate Affairs, says they have “no intention of making its content available for streaming on Netflix.” Adding further to that, Cusson stated that “HBO believes in content exclusivity, especially for high-value content” and that is their “rationale for not selling streaming rights to a competing subscription service.”  HBO has cooperated with both iTunes and Amazon, where they currently license content.

It looks like execs at both companies aren’t seeing eye to eye at this point.  More on this as it develops.

How do you feel about this development as far as getting your HBO fix is concerned.  Most of our readers likely subscribe to HBO already and have some sort of on-demand availability.  But would you be willing to pay $25 a month for access to HBO’s entire library of content?  Vote in our poll and give us your thoughts in the comments below!