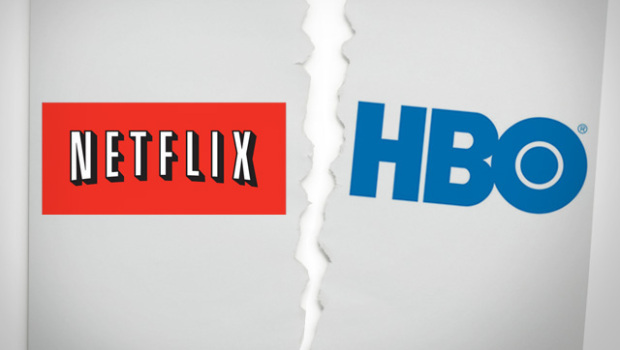 Reports of HBO’s death have been greatly exaggerated.

The so-called rivalry between HBO and Netflix continues this month as the entertainment and tech blogospheres nearly exploded yesterday with headlines of “Netflix Now Has More Subscribers Than HBO” and “Netflix Beats HBO in Subscribers“.  The news comes as no surprise to those paying attention to the evolution of television as Netflix continues to grow.  There is no doubt that streaming video and a la carte media a major part of the future TV landscape.  But as one of those individuals who follows these news items for a living I found there to be a few gaping holes in these breathless reporter’s logic bubbles.

We only count ‘merican money round here! 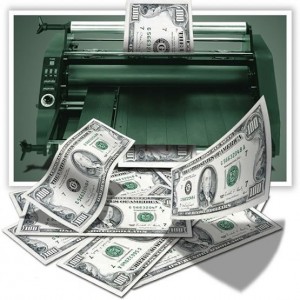 To be fair many of the Netflix subscriber reports had it right, using headlines that limited the count to US subscribers.  But while some went on to explain the international discrepancy, many more didn’t.  Here are the facts:  If we count HBO subscribers around the world (and I fail to see a reason to ever not include “the world”) HBO has a total more akin to 115 million subscribers and Netflix, while growing, doesn’t generate as much revenue outside the US border.  Here’s Netflix’ CEO relinquishing that very point:

“We have a long way to go to match HBO’s 114 million global member count or their well deserved Emmy leadership. Title by title, device by device, member by member, award by award, country by country, we are making progress.”

So while some journalists do see the big picture, tragically others did not.  Let’s not forget about “everyone else in the world”, America. Particularly when it comes to counting business revenue.  HBO is a global company while Netflix is not so much to date.

This is an easy one.  A Netflix subscription is about $8 while an HBO subscription is at least $16.  I’m not sure if, as a consumer, you see this as a good thing or bad thing for HBO but it needs to be considered.  The market has determined that HBO’s content is worth about twice as much (or more) as Netflix’ right now.

While we’ve seen this David and Goliath story play out in the tech world several times in the past, I wouldn’t count the big boys out just yet.  If the main attraction at Netflix is the fact that they stream video, they’re not the only interested party.  Apple, Google and Amazon are all in that game and are playing for keeps.  Amazon is striking up deals with major labels and creating its own original content.  Google recently partnered with HBO to bring its original programming to that platform and Comcast and other cable providers are moving towards “TV Anywhere” applications as well.  While Netflix has a head start, companies like Comcast or Viacom may just decide that they can make more money on their own, proprietary application (as HBO, ShoTime and others have already done).  Netflix depends on AMC, NBC, ABC, Bravo and every other network to accept the small fees they pay for their content.  At some point, this may not work in their favor.

This is why Netflix is moving towards original programming.  To hedge against AMC, NBC etc pulling out completely.  It’s not a sure bet at all that Netflix will win this war against their real competitors Amazon, Apple, Google etc.  At the same time I certainly wouldn’t bet against them and in a way, I’m rooting for them.  Cheap a la carte TV would be very consumer friendly (though I doubt it will remain 8 bucks forever) and this consumer would love to have a lower cable bill. 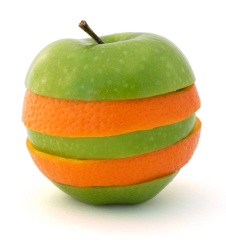 While there are certainly piles of articles comparing the two companies as of late, HBO and Netflix are hardly apples and apples.  One has been creating original content for 40 years.  The other started 18 months ago.  And while this is an exciting time with the Netflix Emmy nod, it remains to be seen whether Netflix’ foray into original (re: expensive to create) content is actually profitable for them.  A few bad programs here at the beginning of Netflix’ original content experiment may leave them sunk.

In the end Netflix is essentially a DVD a rental company with a not insignificantly smallish streaming service that looks to mimic what most think the future holds for TV.    Full of promise, yes but not something other content creators can’t do themselves with their own internal development studios.  HBO is a premium content creation engine with a track record of redefining popular culture every few years.  This is much harder to mimic than is a video streaming host.  In fact most networks do this already at some scale or another.

It’s not Either/Or.  There’s room for more great content for all!

This author is actually a Netflix subscriber who is rooting for Netflix, or something like it to succeed.  We can ring the bells and say “the British are coming!” but it doesn’t mean that day is here just yet.  Television is about to go through a revolution, no doubt in the next decade.  But will Netflix lead the way?  Or will Google, Amazon and others have a say in that future as well?  HBO certainly isn’t going anywhere in the next decade or so with 5 more seasons of Game of Thrones, some Boardwalk Empire and a smattering of other new shows on the way (can you tell we’re an HBO fan blog yet?).

As Rob Toledo of the Netflix fan site “Best of Netflix” puts it:

Both content providers seem to have an upper hand on most [of the] competition [in terms of award winning original content], even over other premium and streaming services. Hulu, for example, has struggled to land a major hit.

Look: streaming video is the future of media consumption.  No doubt.  That’s why HBO was one of the first networks in the world to create their own universal app.  The futurists are right: streaming video and device neutral media is happening quickly.  But the amateur futurists and TV anarchists are simply wrong if they think Netflix is going to run the table as television evolves.  TV is a big place.  There’s been room for gigantic networks, multiple cable operators and ancient, free networks alike.  The age of device neutral, consumer choice online media will be no different.  For me, that competition is a good sign for the future of premium entertainment.  Just remember to stick to the facts when reporting on the current pace of the Netflix boom.