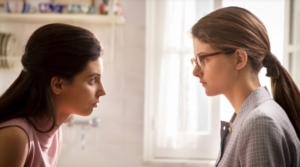 HBO returns to the world of Elena and Lila in their continuing story from the works of Elena Ferrante. Part II, MY BRILLIANT FRIEND: THE STORY OF A NEW NAME, debuts Monday, March 16, 2020.

Based on Elena Ferrante’s second book of her four-part series, MY BRILLIANT FRIEND: THE STORY OF A NEW NAME, debuting MONDAY, MARCH 16 (10:00-11:00 p.m. ET/PT), follows Elena and Lila’s journey into adulthood as they weather romance, heartbreak, success and betrayal.

This season begins where the first season left off, with Lila newly – and unhappily – married to upper crust grocer Stefano Carracci (Giovanni Amura) and Elena (Margherita Mazzucco) unsure of her future, both romantically and academically. Believing she lost her own identity when she took her husband’s name, Lila 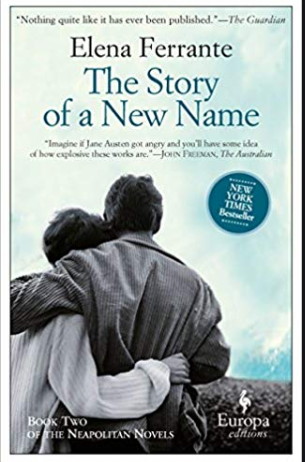 (Gaia Girace) is defiant in her marriage as their world continues to orbit around the Solara family, while model student Elena comes to realize that she is not happy inside or outside her neighborhood. During a holiday in Ischia, the two girls reunite with their old childhood acquaintance Nino Sarratore (Francesco Serpico), now a university student with great expectations. The seemingly random encounter will forever change the nature of their bond, projecting the girls into two completely different worlds. Lila becomes a skillful sales assistant in the elegant shoe shop in central Naples owned by the powerful Solara family, and Elena obstinately continues her studies as she prepares to attend university in Pisa. As their worlds expand and they’re forced to deal with more adult and complex problems, Elena and Lila fight to find their place in the rapidly changing Italy of the 60s, while their fraught relationship continues to vacillate between love and contempt.

The first season of MY BRILLIANT FRIEND received rave reviews when it debuted in 2018, with Time calling the series, “everything the adaptation of a great book should be,” the Boston Globe hailing it as, “insightful and clear-eyed,” and the Wall Street Journal declaring the show, “a stunning achievement.”

An HBO, Rai Fiction series, produced by Lorenzo Mieli and Mario Gianani for The Apartment and Wildside, both part of Fremantle, and by Domenico Procacci for Fandango, in collaboration with Rai Fiction, In collaboration with HBO Entertainment, In co-production with Mowe and Umedia. Internationally distributed by Fremantle in collaboration with Rai Com; executive producers, Lorenzo Mieli, Mario Gianani, Domenico Procacci, Paolo Sorrentino, Jennifer Schuur, Elena Recchia, Guido De Laurentiis. Based on Elena Ferrante’s bestselling book of the same name, which is the second of her four-part series published in the U.S. by Europa Editions.