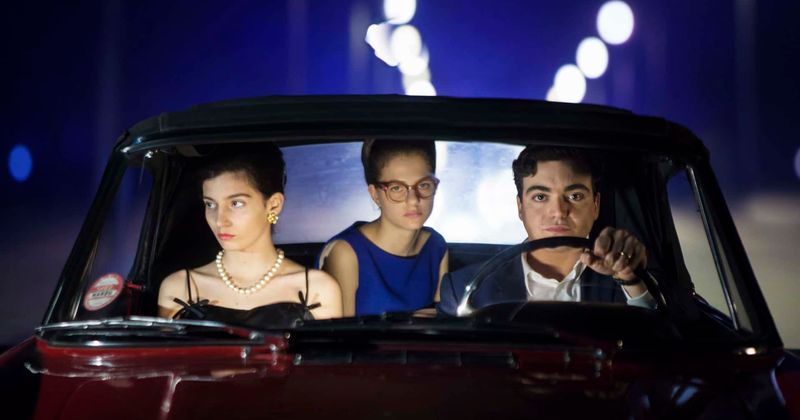 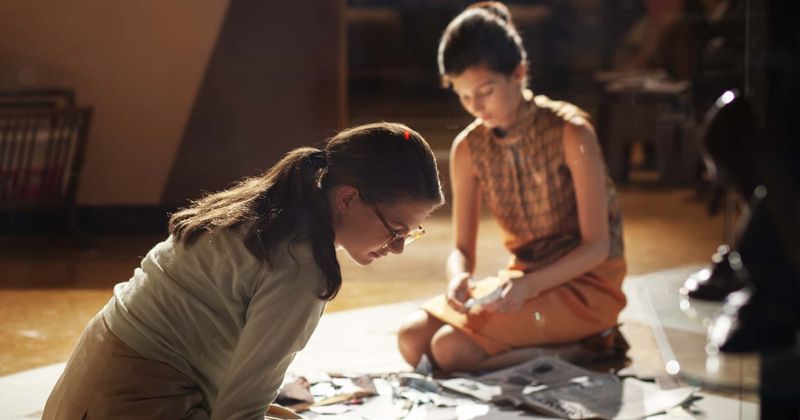 We come back this episode to see pregnant Lila (Gaia Girace) busting butt in the new grocery store. She won’t let anyone doing anything. I suspect she’s trying to do everything she can to wear her body out. Stress has powerful effects on the body, but for now, she’s working hard.  The new shoe store is also preparing to open, but Lila has plans for her portrait.  Since Stefano (Giovanni Amura) gave in to Michele (Alessio Gallo) and Marcello (Elvis Esposito), Lila will have to learn to deal with her picture being up.  Though she has her way with it, making it a different kind of piece of art.  Everyone except Michele hates it.  Meaning Lila knows exactly who to deal with from now on.  Why bother with her brother Rino (Gennaro de Stefano) or Stefano?  However, she does get what she wants.

She continues running the grocery store after the miscarriage.  She’s almost a small savior for the neighborhood, helping people with food or books for Elena (Margherita Mazzucco).  Her generosity is far-reaching, though rather counter-intuitive if the point is to be making money.  She quickly explains to Elena that all the money is dirty, hence her giving spirit.  Stefano comes home angry, choking Lila out in front of Elena.  Rino got Stefano’s sister Pinuccia (Federica Sollazzo) pregnant from their afternoon trists at Lila and Stefano’s apartment.  So understandably, he’s not thrilled about the situation now that he has to help pay for a fast wedding.

Meanwhile, Elena gets invited to a party at her professor’s house.  She brings Lila along, though Lila seems to have little interest in engaging with anyone.  She refuses to dance, meanders around, and then sits silently while Elena engages in conversation with the group.  When Elena offers her own opinion, Lila says nothing but soon after insists on leaving and that Stefano is waiting.  Embarrassed, Elena leaves with her though as soon as they are on the way home, Lila begins poking fun.  It’s not hard to see that Lila is jealous that Elena gets to go to school and be around people her own age and do what she likes.  You may have a husband, Lila, but in no way does Lenu have any jealousy towards you.  She might want to know what sex is like, but your “good or bad, at least I have a man” argument means nothing to her.  You are actually miserable and the only person you’re fooling, Lila, is yourself.  Seeing the whole exchange in the car was like watching someone try and convince themselves that they’re happy.  Stroking his hair and making those little chirps, you fool no one, Lila. I can’t wait to see how Lila tries to convince herself of her happiness next.  Hopefully, she doesn’t isolate and push away any more of her friends.  Considering Lenu is literally the only person who completely gets everything and knows her friend well, maybe don’t be such a d*ck to her, Lila.

Before you go, check out the promo for next week’s Episode 4: