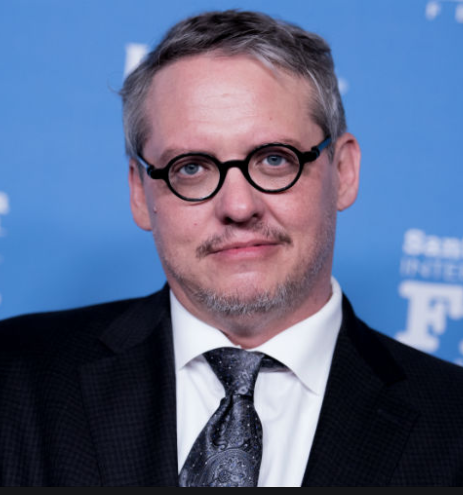 I personally don’t know why this story needs to be told, but I and HBO both want SUCCESSION producer/director Adam McKay (pictured, left) staying around so if he wants to create a story on the late infamous character Jeffery Epstein he can go right ahead. The Oscar winner has launched a new company,  Hyperobject Industries, which has closed a five-year, first-look television deal with HBO, to develop content for HBO and streaming sibling HBO Max. Along with partner Kevin Messick, they are crafting a limited series based on Miami Herald investigative reporter Julie K. Brown’s upcoming book about Jeffrey Epstein.

Epstein was an American financier and convicted sex offender. Epstein began his professional life as a teacher but then switched to the banking and finance sector in various roles. He developed an elite social circle and procured women and many underage girls who were then sexually abused by Epstein and some of these contacts. Also, he allegedly held not only documentation of the abused females but evidence on the famous clients that he could hold as blackmail if need be. Once apprehended for these acts he died in prison under odd circumstances, though it was ruled suicide. I’m sure it will make a great TV event for HBO but I just want to forget this cretin (to put it nicely) even existed.

HBO and McKay also are also currently working on drama pilot SHOWTIME based on Jeff Pearlman’s non-fiction book ‘Showtime: Magic, Kareem, Riley and the Los Angeles Lakers Dynasty of the 1980s’. McKay and Messick serve as executive producers on the limited series alongside writer/showrunner Max Borenstein, with McKay directing the pilot. John C. Reilly, Jason Clarke, Quincy Isaiah and Solomon Hughes star in the pilot, which wrapped production earlier this month. Adam McKay, will his long career as a producer, director and writer is indeed an asset for HBO.

He started as a director of Saturday Night Live, teamed up with Will Ferrell for Funny Or Die  & The Anchorman movies and aided with Danny McBride’s EASTBOUND & DOWN. We will let you know about these newer projects as they take shape.