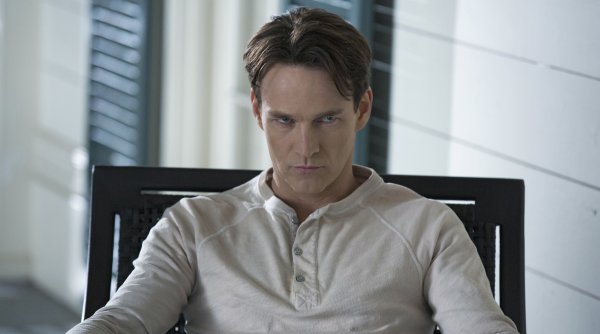 Knowing that this will be the last excruciating break between seasons for us die heart Truebies is more than a little bittersweet. As always though, we find ourselves clinging to each and every piece of news that is out there regarding one of our all-time favorite shows. Knowing that the seventh season be the last for Sookie Stackhouse and her sordid love life and near death experiences only makes these little tidbits all the more important.

One of these little pieces that is definitely the most exciting is the return of Stephen Moyer, not just as Bill Compton, but also as director. He made his directorial debut back in season five in the episode “Somebody That I Used to Know” which contained several of the most action filled moments in the season including the start of the vampire “holy war”, the introduction of Warlow and his fascination with Sookie, and Bill’s pivotal decision to destroy the True Blood factories.  For the first time Moyer has attempted to direct, it was definitely a success.

He only further solidified this during his direction of the season six premiere “Who Are You, Really?”  which introduces Billith and dives further into the Warlow storyline, which was the main plot in the season. While the season lacked a lot of the things we all loved and most of us were pretty happy to see it end, from the directorial standpoint Moyer continued to impress.

Moyer will be directing the final season’s premiere episode and based on his last two successes, it’s easy to assume that he won’t disappoint. Here’s hoping our last visit to Bon Temps will hold the same allure that the first season did, reminding us exactly why after six seasons we still can’t seem to turn away.

So True Blood Season 7 has been green lit.  We’ll have an exact premiere date for season 7 some time next year.  Watch our schedule until then.

Stay tuned to HBOWatch for the latest True Blood news and let us know what you’re looking forward to most in season seven in the comments below!