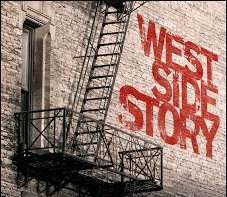 I think I get it? WEST SIDE STORY was remade because auteur Steven Spielberg wanted to add a musical to his filmography and the cultural & social representations in the story needed an update. I get it. It is an American musical romantic drama directed and co-produced by Spielberg from a screenplay by Tony Kushner. It is the second feature-length adaptation of the 1957 stage musical of the same name. This latest iteration stars Ansel Elgort and Rachel Zegler in her film debut with Ariana DeBose, David Alvarez, Mike Faist, and Rita Moreno in supporting roles. Moreno, who starred in the 1961 film adaptation, also served as an executive producer alongside Kushner. The film features music composed by Leonard Bernstein with lyrics by Stephen Sondheim.

The movie, from 20th Century Studios, takes us back to NYC in 1957. Damn, good thing they didn’t update the time period of the work. The Jets are a gang of white youths that fight the rival Puerto Rican Sharks for the control of turf on the west side of the city. Officer Krupke and Lieutenant Schrank break up a brief skirmish, telling the gangs that their conflict is pointless since the neighborhood will be imminently demolished to make way for the Lincoln Center. The gangs are too proud to care, and Jet leader Riff proposes a rumble between the two gangs.

Mixed in there is going to end up being a mixed-gang couple, you know, think Romeo & Juliet and you get it. Hey, if you really are interested you can find the original 1961 movie by Robert Wise over on HBO Max. You can then watch both versions and sort out the differences or the better performances and musical numbers. Then, if you do just that, you can come back to this post and tell us all about it.

Find WEST SIDE STORY on HBO Max. Also, it debuted on the HBO channel on Saturday, March 12 and can find it at the following listed times – 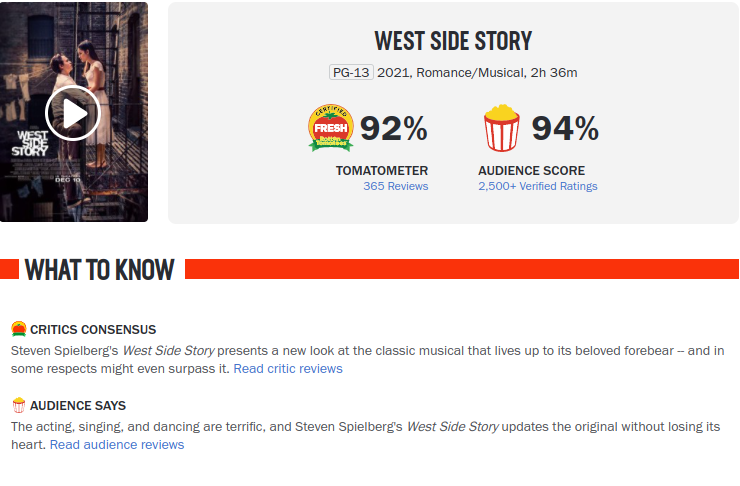