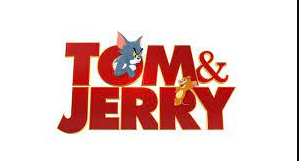 Ah, the antics of the old cat and mouse. You do know that this duo goes way back to the 1940s? Their notoriety started when they appeared in 161 theatrical shorts for MGM movies. That series of shorts feature comic fights between two lifelong enemies, a house cat (Tom) and a mouse (Jerry). The plots of each short usually center on Tom and Jerry’s numerous attempts to have the best of each other and the mayhem and destruction that follows. Despite Tom’s clever strategies, he rarely succeeds in getting the best of Jerry. However, on several occasions, they have displayed genuine friendship and concern for each other’s well-being. At other times, the pair set aside their rivalry in order to pursue a common goal, such as when a baby escapes the watch of a negligent babysitter, causing Tom and Jerry to pursue the baby and keep it away from danger. Despite their endless attacks on one another, they have saved each other’s lives every time they were truly in danger. All these decades later they are still, as the poster states – “Best of enemies-worst of friends” 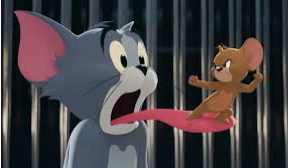 This 2021 film does not shy away from the classic relationship. It follows Jerry taking refuge at a fancy hotel in New York City, which has Tom teaming up with a young employee named Kayla to exterminate Jerry before his presence threatens the hotel and its important wedding set to take place on the hotel grounds. It is a mix of animation and live-action and employs the talents of Chloë Grace Moretz, Michael Peña, Colin Jost, Rob Delaney, Pallavi Sharda, Jordan Bolger, Patsy Ferran, and Ken Jeong in live-action roles, with Nicky Jam, Bobby Cannavale, and Lil Rel Howery in voice roles. One cool feature is that the voices of the title characters (rarely voiced in their original works) are voiced by William Hanna, Mel Blanc and June Foray via archival recordings. If you don’t know who they are, then you are not of the right era or a true cartoon fan, but that isn’t the point here.

The point is, the duo is back with their antics and HBO has them beginning SATURDAY, JULY 31. It debuts on HBO and its channel at 8:00pm and reappears on HBO Max too. Remember, this title was one of the Same-Day premieres earlier this year for the service.

For those who are nostalgic for the old-time cartoons like Tom and Jerry then I’m sure this movie might stir a good feeling in you; you might even watch it eating your favorite childhood sugar cereal as I did. But sadly, the new look at their old charm isn’t quite the same and the live cast doesn’t help any. I’d rather binge on the oldies. But, by all means, huddle the kids around if they don’t know this particular cat and mouse for there is nothing like the acclaimed Tom and Jerry, friends and enemies forever.

Rotten Tomatoes sums it up: