Recognize that title? It was the Angelina Jolie movie that actually had a bit of a theatrical run and an HBO Max debut earlier this year as one of the Same-Day Premieres from Warner Bros. On SATURDAY, OCTOBER 16 at 8:00pm it arrives as the Saturday night movie on HBO. That means, if you got the network via a cable channel the movie goes on heavy rotation and it also is uploaded to the stand-alone HBO site and returns to Max. 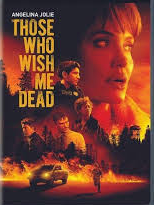 The work is an action thriller directed by Taylor Sheridan who hasn’t directed often but has written such works as Sicario and its sequel, as well as Hell or High Water and Without Remorse. His current 2021 effort, written with Michael Koryta from a novel of Koryta’s, debuted on May 14 of this year and was filmed in New Mexico. It stars Angelina Jolie, Finn Little, Jon Bernthal, Aidan Gillen, Nicholas Hoult, Jake Weber, Medina Senghore, Tyler Perry, James Jordan and Tory Kittles.

Hannah Faber (Angelina Jolie), a smokejumper, is struggling after three young boys were killed in a forest fire she failed to prevent. She is now posted in a Fire lookout tower in the middle of a forest. Meanwhile, Owen Casserly (Jake Weber), a forensic accountant, learns about the death of his boss by assassins Jack and Patrick Blackwell (Aidan Gillen and Nicholas Hoult). Believing he is next to be targeted, he goes on the run with his son, Conner (Finn Little). The Blackwell’s are on a manhunt and use a flare to start a forest fire to confuse their prey and the police. The question is does it all gel to make a good movie?

Variety states – “As directed by Taylor Sheridan, Those Who Wish Me Dead offers a much bigger sandbox for the gifted actor-turned-action maven, whose scripts for Sicario and Hell or High Water have launched him to the front of a genre dominated by CG robots, superheroes and other IP once associated with Saturday morning cartoons. Such movies are plenty popular, but this one marks a welcome departure — one intended for grown-ups seeking more ‘realistic’ diversion — without shortchanging audiences when it comes to either spectacle or sound.” And RT summarizes with – 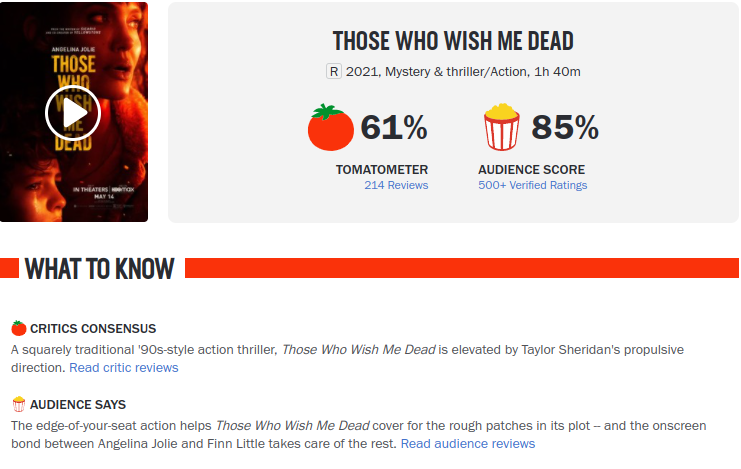