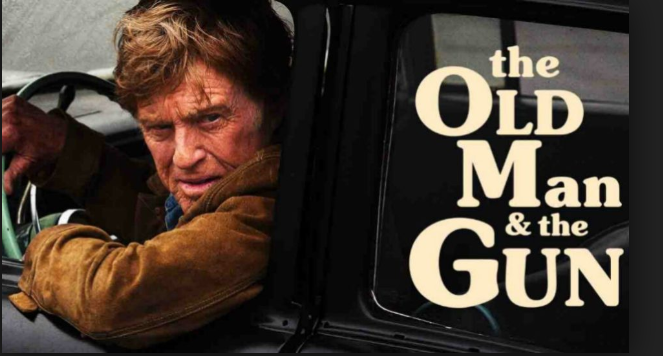 HBOWatch Editors were not able to line-up a writer to review this movie but that doesn’t mean that we don’t want to draw your attention to it. It is a 2018 American film written and directed by David Lowery, about Forrest Tucker, a career criminal and prison escape artist. The script is loosely based on David Grann’s 2003 article in The New Yorker titled “The Old Man and the Gun.” The film stars Robert Redford, Casey Affleck, Danny Glover, Tika Sumpter, Tom Waits and Sissy Spacek. Redford announced his intent to retire from acting at 82 in August 2018, after completion of the film.

It seems Forrest Tucker (Redford) is a charming, gentlemanly bank robber on the run. While eluding the police yet again, Tucker meets Jewel (Spacek) who gives him a place to stay low. He wishes to return the favor for letting him stay at her farm, he decides to pay off her mortgage. To do that means more bank robbing and with Police Detective Hunt (Affleck) on the pursuit it won’t be easy.  There is more to it I’m sure.  Maybe, the trailer you reveal more and also set the tone of the movie.

Nope, even the trailer makes this bloke come across as a charmer, hell it makes the whole movie seem to come across as a charmer for that matter. I guess we can credit director Lowery for that. He also gave us Pete’s Dragon and A Ghost Story. I’m sure, however, Redford was quite vocal in how the character was played. The critics loved his performance and the movie as a whole. Wikipedia cited that – Clint Worthington of Consequence of Sound gave the film a “B+” grade, saying: “Just like Tucker can’t help but chase the thrill of an outlaw’s life, so too the audience gets hooked on Redford’s effortless presence, and the airy, ethereal joys the film presents.” Todd McCarthy of The Hollywood Reporter wrote: “The film makes plenty of mileage from trading on the charm of a good bad boy, and Redford’s long experience in playing such roles serves him beautifully here; he knows by now he doesn’t have to push his attractiveness to be ingratiating.” and Peter Debruge of Variety described the film as “a reminder of everything Redford has given us over the years.”

Hell, it is worth seeing the movie just to see Robert Redford in one last screen role well, at least if you are of a certain generation, I guess.  THE OLD MAN AND THE GUN debuts on HBO Saturday night at 8:00pm as well as on the streaming sites.