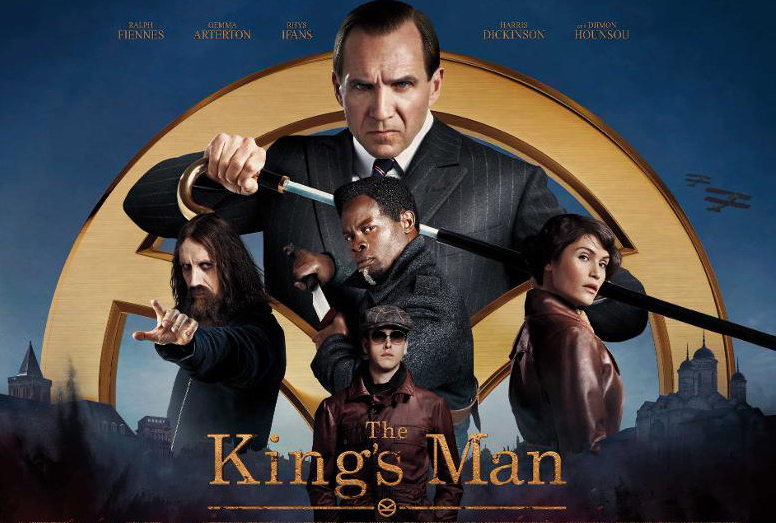 Have you been following the Kingsman film franchise? Well, we haven’t been able to get our writers to follow it because we only reviewed the first of what is now a trilogy. Back on 11.27.15, we reviewed Kingsman: The Secret Service, then on 06.23.18 yours truly told you of the sequel Kingman: The Golden Circle. Now we have THE KING’S MAN which is actually a prequel to the first two flicks. This notice draws your attention to the fact that this latest movie debuted on HBO on SATURDAY, FEBRUARY 19 but arrived on the streaming sites days earlier.

This third installment in the series, which is based on a comic book by Mark Millar and Dave Gibbons, ensembles a cast that includes Ralph Fiennes (also one of its executive producers), Gemma Arterton, Rhys Ifans, Matthew Goode, Tom Hollander, Harris Dickinson, Daniel Brühl, Djimon Hounsou, and Charles Dance. It focuses on several events during World War I and the birth of the Kingsman organization, thus making it a prequel. The premise plays out something like this – as a collection of history’s worst tyrants and criminal masterminds gather to plot a war to wipe out millions, one man must race against time to stop them. Discover the origins of the very first independent intelligence agency. And this looks like a perfect place for the official trailer to embellish that thought.

Yep, that creepy one is Grigori Rasputin, played by Rhys Ifans. Other historical figures appear as well like Mata Hari, Woodrow Wilson, Archduke Franz Ferdinand and Vladimir Lenin and they are all wrapped up in espionage and intrigue. But did the critics favor the flick? The Age (Australia) said, “Tonally and thematically The King’s Man is all over the place, in a way that lays bare the cynicism of Vaughn’s own mission: to appear transgressive yet reassuringly conventional.” Empire Magazine stated, “Vaughn [that’s director Matthew Vaughn] gets a lot of points for imagination, but then quite a lot was taken away for not knowing when to stop. A blast at times, The King’s Man could have sacrificed a fair chunk of the plot for a bit more comedy” And RT sums it up this way – 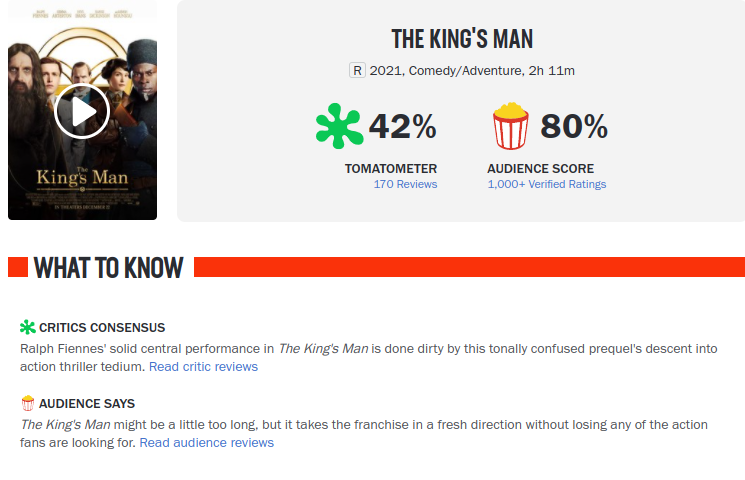 This movie is one of the ones from the deal with 20th Century Studios and also appears on Hulu. We can find it on HBO.