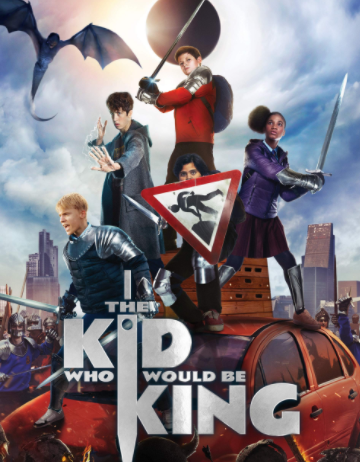 The Editors could not line up a writer to review THE KID WHO WOULD BE KING but that does not mean we don’t want to draw your attention to it. This is only the millionth film on the British legend, right? Famously Disney & Python gave it a go; the likes of Sean Connery, Clive Owen and Charlie Hunnam have played the Arthur role and we can’t forget the Lerner & Lowe musical and especially John Boorman’s Excalibur! But this story is not about the legendary king himself, but secondary characters who materialize once again to battle for Britain.

The Lady of the Lake, the demonic Morgana and the wizard Merlin appear due to director Joe Cornish (Attack the Block) who also penned the script; he was a co-writer on Ant-Man as well. In the tale, a youngster named Alex (Louis Serkis) and his friend Bedders (Dean Chaumoo) are bullied by school punks Lance (Tom Taylor) and Kaye (Rhianna 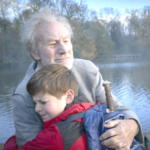 Doris). While in hiding at a construction site from them Alex discovers Excalibur and he jokingly knights his friend with it. This seems to awaken Morgana (Rebecca Ferguson) as the legendary sword is once again active. That forces Merlin (Patrick Stewart) to come forward to aid and prepare the boys and their now befriended bullies for the wrath of the evil Morgana and off we go on an epic battle for England and as a result, Alex must become the great leader he never dreamed he could be.

The movie actually got some nice reviews when it came out in January of this year. Times (UK) says – “If you factor in the movie’s faith in the kindness of children and its eventual optimism about the future, it becomes, in essence, a healing myth for the ills of contemporary Britain. With or without a deal.” And RT posts –

So, what do you say? Rally the kids for THE KID WHO WOULD BE KING. It debuted on HBO Saturday night (11.09) at 7:50pm and now can be seen across HBO’s platforms.