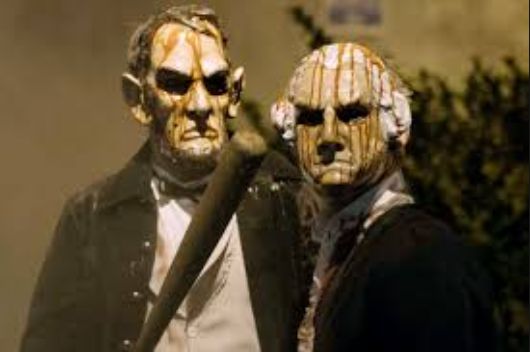 HBOWatch Editors were not able to line-up a writer to review the shocking franchise prequel THE FIRST PURGE, but that doesn’t mean that we don’t want to draw your attention to it. The movie is a 2018 American action horror film directed by Gerard McMurray and starring Y’lan Noel, Lex Scott Davis, Joivan Wade, Mugga, Lauren Vélez, Kristen Solis, and Marisa Tomei. The fourth installment in the Purge franchise, the film is a prequel depicting the origins of the first annual “Purge”, a 12-hour span once a year in which all crime in America, including murder, is legal.

I don’t know, personally, how I feel about this whole concept. The trailer is intense and great to take in one time but do we really need a movie (a whole franchise for that matter) that condones a killing spree in this country? We are killing us off far too easily as it is, aren’t we? I get the point that if crime without repercussion was tolerated for one day then that should likely lower crime the rest of the year, so let’s have mass shooters go in and riddle the world with bullets all at one time and everything will be good for a whole year, right?

It is a wild premise. First, we had The Purge from 2013. It introduced audiences to the concept as it played out in one LA neighborhood in the year 2022 as Purgers bum rush one family occupied home. Quickly behind it in 2014 was the Purge: Anarchy. That movie broadened the scope and looked at the event over the larger LA region. Then it was followed in 2016 by The Purge: Election Year. That outing turned more political as government officials campaigned to shut down the annual event until the ruling body of The Purge created special incentives for Purgers to take out those dissenting officials. Now we have THE FIRST PURGE which settles on explaining the origins of the whole event. It debuted on July Fourth, 2018.

If you are a Purge fan, by all means, enjoy it when it premieres Saturday, March 16 at 8:00pm. Here is what RT had to say: 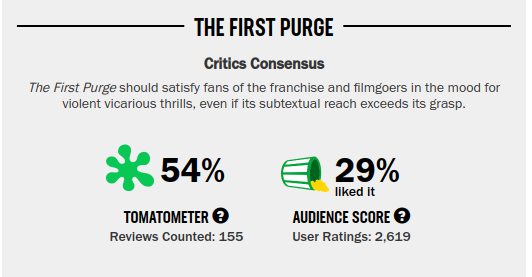