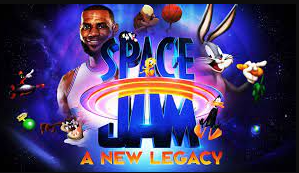 Debuting on HBO SATURDAY, DECEMBER 04 (8:00-9:55pm) is SPACE JAM: A NEW LEGACY. It was a Same-Day Premiere on HBO Max earlier in the year. That’s right, the Tune Squad gets another trip to the cinematic ball court for another round of play.

Of course, this all first took place with Michael Jordan in 1996 when Space Jam debuted. This sequel gives us a different player in LeBron James (occasionally seen on HBO’s THE SHOP). The question remains though, whether families are seeking out this movie because of the basketball player or because they are happy to see Looney Tunes characters again. The movie, produced by Warner Animation Group and distributed by Warner Bros. Pictures, is directed by Malcolm D. Lee from a screenplay by Juel Taylor, Tony Rettenmaier, Keenan Coogler, Terence Nance (HBO’s RANDOM ACTS OF FLYNESS), Jesse Gordon and Celeste Ballard. 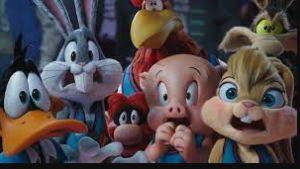 The film follows James enlisting the Looney Tunes’ aid to win a basketball game against the avatars led by a deceitful artificial intelligence named Al-G Rhythm and rescue his kidnapped son Dom, who Al-G drew into a Warner Bros.-themed virtual multiverse. Cheadle is the evil AI. But just how fun and silly is the movie? Below are some critics’ 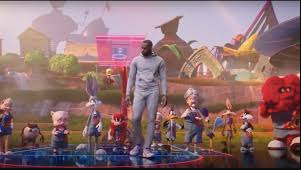 comments: Variety said, “Space Jam: A New Legacy is chaotic, rainbow sprinkle-colored nonsense that, unlike the original, manages to hold together as a movie.” The Washington Post stated, “There’s no real reason for this sequel/tribute to the original 1996 film to exist, but now that it does, there’s no reason to wish that it didn’t,” [it]”has just enough momentum, heart and spirit, even as it does both ways too much and not quite enough … If this is corporate synergy fired up to a terrifying new level, there’s still enough heart at the movie’s center to keep it from becoming all business.” Rotten Tomatoes sums it up like this – 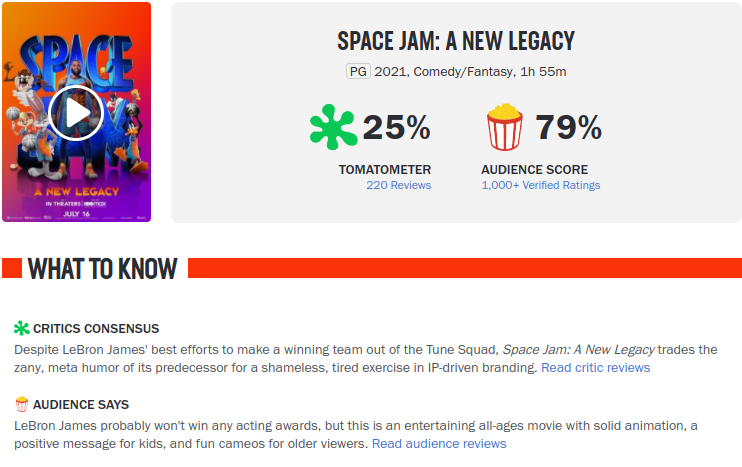 Director Malcolm D. Lee has expressed interest in making a third Space Jam film with Dwayne Johnson as the lead and focusing on wrestling instead of basketball. For me, if I ever get a hankering for Bugs Bunney & company, I’ll seek out classic Looney Tunes Cartoons on HBO Max. You?