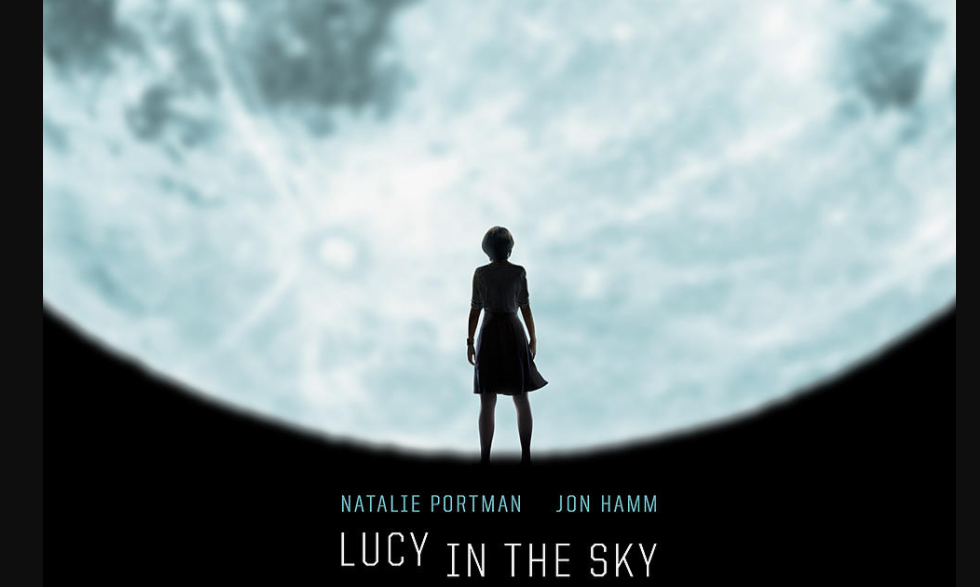 Now across HBO’s platforms is the Fall 2019 movie Lucy in the Sky which is a drama co-written and directed by Noah Hawley and stars Natalie Portman, Jon Hamm, Zazie Beetz, Dan Stevens, Colman Domingo, and Ellen Burstyn. It is loosely based on true events.

Basically, what we have is an astronaut, Portman’s Lucy Cola, who is obsessed with returning to outer space because of the exhilarating experience it is to be out there. She is willing to work hard towards another mission and team up with whoever she needs to do so. That means getting involved with fast-track fellow astronaut Mark Goodwin, played by Hamm. She gets too involved as she has an affair with him behind husband Drew’s (Stevens) back. It appears that Mark is a shady character and that Lucy is not his only pursuit. Beetz’ Erin is also his plaything and also a candidate for the next mission. These complications put Lucy in an emotional state with the death of a beloved grandmother (Burstyn) the capper. All she wants is back up in space and her mental state might hinder all that, especially if she snaps.

LUCY IN THE SKY debuted Saturday, May 30 and can be seen across HBO’s platforms now.