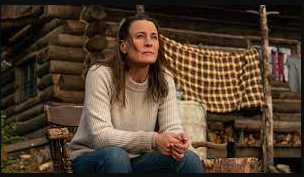 We were unable to find a reviewer for the movie LAND which debuted on HBO on Saturday, November 06 but that doesn’t mean we don’t want to draw your attention to it. Land is a 2021 drama directed by Robin Wright (Princess Bride, House of Cards) in her feature directorial debut, from a screenplay by Jesse Chatham and Erin Dignam. It stars Wright, Demián Bichir and Kim Dickens. The film premiered at the 2021 Sundance Film Festival on January 31 of this year and was distributed by Focus Features. 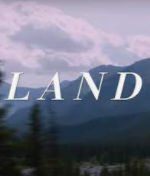 The plot was evidently simple because no matter where I searched to find detail about this movie I ran into the same simple plot description, which is – After experiencing an unspeakable tragedy, a middle-aged woman retreats to an isolated cabin in the Wyoming wilderness. Surviving hardship, a near-death experience and a surprise friendship, she becomes comfortable living again.

At best, I’ll say this is a minimalistic film; the kind where less is more. Wright not only directs but plays Edee Holzer the traumatized lady of the story. We don’t know what her sadness is all about from the description or trailer but we know that is tells her sister, played by Kim Dickens, that it is difficult to be around people since the trauma. She wants and needs to withdraw. God, don’t we all want that at times!

So, she retreats to be alone in a beautiful landscape. To be in the open and wild spaces and mull in her own thoughts with the wind. But she also learns with that comes raw, rough, unpredictable realities of nature. She proves unprepared for just how hard it would be to endure out in it alone. And then, Demián Bichir as Miguel Borrás appears. He is a hunter and he just so happens to rescue Edee, in more ways than one, from her woes.

What is left is wondering how brutal was she hurt and how does he heal her? Is it too minimalistic or is there some meat to this story? Find it on HBO and HBO Max to discover for yourself. RT sums it up this way – 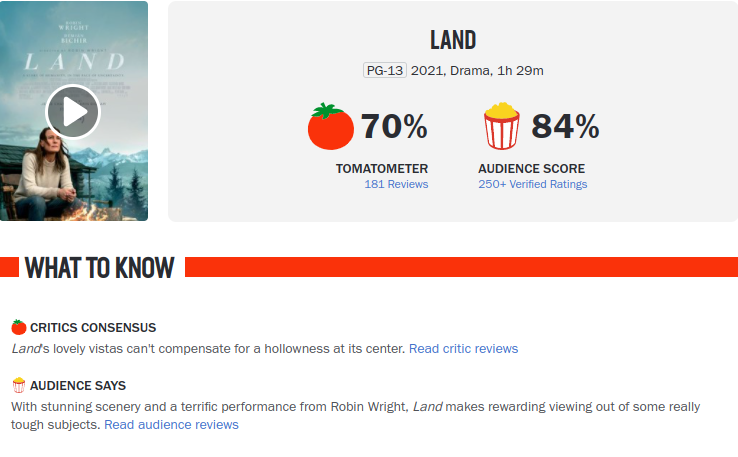