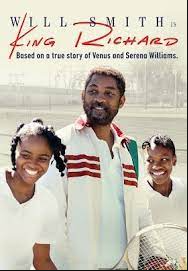 Hmmm? Do we mention the elephant in the room? Come on, face it, the movie KING RICHARD is seen in a different light now than it was when it first came to the screen(s). When it debuted as a Same-Day Premiere in cinemas and on HBO Max on November 19, 2021, there was already talk that it was going to be a good one. There was indeed a positive buzz about it including its lead performances. HBOWatch was able to review it during that window. Then, when Oscar nominations came around, the nods it got reaffirmed that it was a good movie. It garnered a total of six (6) nominations. Then the 94th Academy Awards aired. We all know what happened; the Academy Assaulter received the Best Actor Award for his portrayal of the title character.

Regardless of what you think about it all, the truth of the matter is the fact that the performance was already a done deal and the lauded performance was recognized, but like I said it is forever overshadowed. Based on the true story of Venus and Serena Williams, this compelling drama follows the journey of Richard Williams, an undeterred father instrumental in raising two of the most extraordinarily gifted athletes of all time, who will end up changing the sport of tennis forever. Starring Will Smith, Aunjanue Ellis, Saniyya Sidney, Demi Singleton, with Tony Goldwyn and Jon Bernthal. Directed by Reinaldo Marcus Green; written by Zach Baylin.

The [tennis] ball is in your court, as they say. Boycott it or watch it. And if you decide to do so then below is a list of times KING RICHARD airs on the HBO Channel plus, it can be found on HBO & HBO Max. 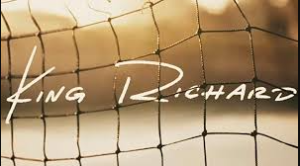 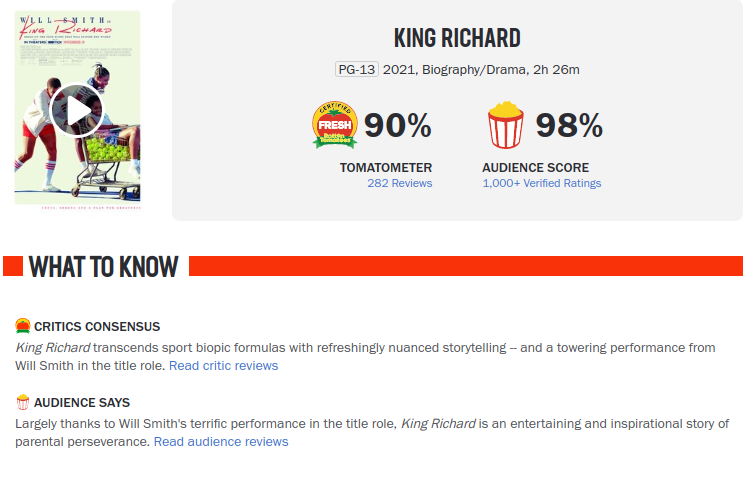