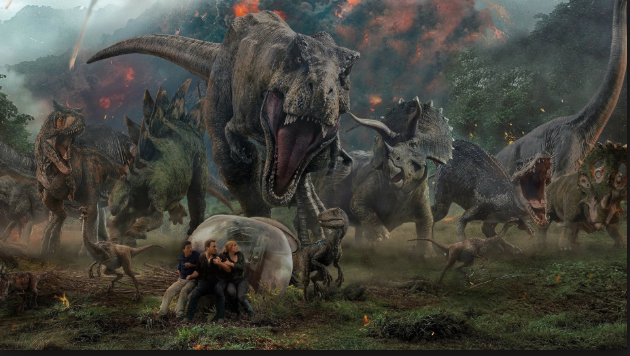 HBOWatch Editors were not able to line-up a writer to review the dinosaur opus, but that doesn’t mean that we don’t want to draw your attention to it. JURASSIC WORLD: FALLEN KINGDOM, of course, is the fifth installment in the franchise and the third-highest-grossing film of 2018 and the 12th-highest-grossing film of all time. Now watch it once again in the comfort of your own home as this one makes its TV debut on HBO debuting Saturday, March 9 at 8:00pm.

All kinds of colossal critters make it to the screen like the Brachiosaurus, Gallimimus, Parasaurolophus, Triceratops, Tyrannosaurus rex, Stegosaurus and on and on but the big star is the Indoraptor, a fictionalized creation.  Oh, yeah humans appear as well. Chris Pratt, Bryce Dallas Howard, B. D. Wong, and Jeff Goldblum reprise their roles from previous films in the series, with Rafe Spall, Justice Smith, Daniella Pineda, James Cromwell, Toby Jones, Ted Levine, Isabella Sermon, and Geraldine Chaplin joining the cast. 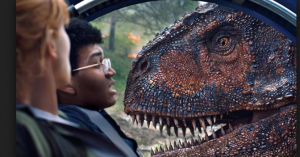 Universal Pictures sets it all up thusly – It’s been three years since theme park and luxury resort Jurassic World was destroyed by dinosaurs out of containment. Isla Nublar now sits abandoned by humans while the surviving dinosaurs fend for themselves in the jungles. When the island’s dormant volcano begins roaring to life, Owen (Chris Pratt) and Claire (Bryce Dallas Howard) mount a campaign to rescue the remaining dinosaurs from this extinction-level event. Owen is driven to find Blue, his lead raptor who’s still missing in the wild, and Claire has grown a respect for these creatures she now makes her mission. Arriving on the unstable island as lava begins raining down, their expedition uncovers a conspiracy that could return our entire planet to a perilous order not seen since prehistoric times.

In an added twist to the movie director J. A. Bayona shot a chase scene in the mansion on the Lockwood Estate. Bottom line is that the story isn’t over another movie to wrap up the JURASSIC WORLD trilogy is in the work. Is this one a solid story worth another look? Well, if nothing else, the dinosaurs are sure cool. The New Republic stated – “Although each Jurassic movie is fated to essentially repeat the same idea-oh no, dinosaurs!-this new era has come up with ways to surprise, terrify, and inspire, which is enough to keep the heart of the franchise beating.” RT weighs in with – 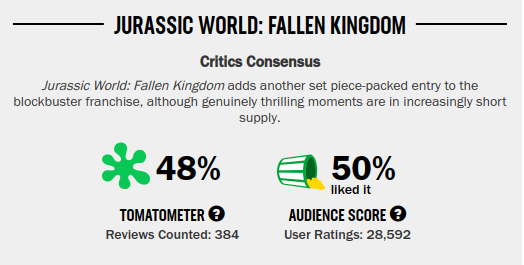