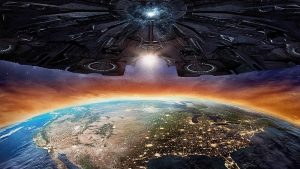 HBOWatch Editors were not able to line-up a writer to review INDEPENDENCE DAY: RESURGENCE, a sequel to the 1996 original. Nevertheless, we draw your attention to this film as it debuts on HBO on SATURDAY, MARCH 25 at 8:00pm. The question lies on whether we needed a return to the caliber of the alien attacks from two decades ago? And with the advances in CGI in that time does new, exciting effects draw us in? You tell us in the Comments below.

In answer to those questions, it is clear that director Roland Emmerich thinks so. He helmed both the original and this sequel so evidently, he saw something new to tell and a bold way. Dean Devin & Emmerich wrote the first outing but Nicholas Wright & James Woods are added as scribes as well this time around. As for the cast, if you recall a large line-up of recognizable talent were in the first one and repeating their roles this time around are Jeff Goldblum, Bill Pullman and Brent Spiner. Also onscreen are the likes of Liam Hemsworth, William Fichtner, Judd Hirsch, Sela Ward and others.

Two decades after the first alien invasion, the United Nations has set up the Earth Space Defense Agency headed by Goldblum’s David Levinson. The agency is diligent in watching the skies for any further invasions. It is from the immense devastation on terra firma however, where an alien distress beacon emanates from. Naturally. And it is from that call for help that a new alien armada surfaces from behind Earth’s moon and at the helm, of course, is a nasty Queen Alien. Uh-oh. Called into the fray is the former President Thomas Whitmore (Pullman) who was a key figure last time around, Ward as the current President and ace pilots like Lake Morrison, played by Hemsworth and Dylan Hiller, played by Jessie Usher, both of which replace Will Smith in the same kind of role. Spiner is once again Dr. Brakish Okun, who lied in a coma after the last battle but comes around just in time to deal with the space baddies again.

There is a lot going on in the movie, but some say it doesn’t have an emotional heart behind it. The producing 20th Century Fox had this to say:

We always knew they were coming back. After INDEPENDENCE DAY redefined the event movie genre, the next epic chapter delivers global catastrophe on an unimaginable scale. Using recovered alien technology, the nations of Earth have collaborated on an immense defense program to protect the planet. But nothing can prepare us for the aliens’ advanced and unprecedented force. Only the ingenuity of a few brave men and women can bring our world back from the brink of extinction.

Does it achieve that for fans? Rotten Tomatoes says –

One last question remains. What iconic buildings get demolished this time around? Find out in INDEPENDENCE DAY: RESURGENCE, the Saturday night premiere for 03.25. 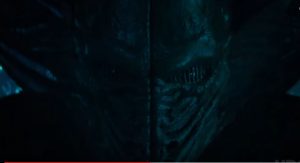