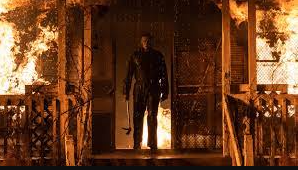 What is cool here, of course, is that Jamie Lee Curtis and James Jude Courtney, reprise their roles as Laurie Strode and Michael Myers respectively. What he ultimately hopes is cool is that this picture holds strong to the continuity and tone of the original slasher pic. Well, do you really think Curtis would have signed on to Green’s version if it hadn’t? On October 31, 1978, Deputy Frank Hawkins accidentally shoots his partner dead while trying to save him from Michael Myers. He also prevents Dr. Samuel Loomis from executing Michael. Forty years later, on October 31, 2018, after being stabbed and left to die by Dr. Ranbir Sartain, Hawkins is found by Cameron Elam, who calls an ambulance. Hawkins regrets not allowing Michael’s execution and vows to kill him. So, Michael rages again, wielding whatever implement he can to wreak bloody carnage. It goes without saying that Strode, suffering PTSD still from the original incident, has something to say in the matter as her daughter and granddaughter are now in Myers’ path. Cue that classic theme right about now.

What is equally interesting here is that the film ties in key elements and persons from the original canon even including references back to Season of the Witch, which really was not a Michael Myers storyline. But does all of this coalesce into a continuation that audiences want to see? As usual, the reviews are a mixed bag but RT sums it up this way – 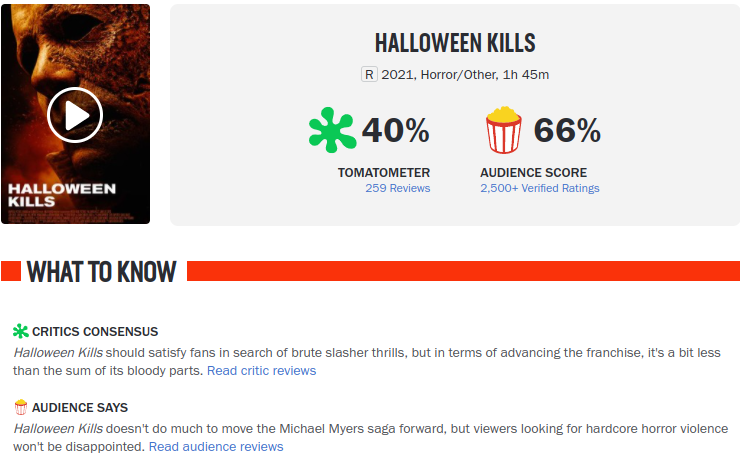 Find HALLOWEEN KILLS uploaded to HBO & HBO Max, though it is not yet appearing on the HBO channels.