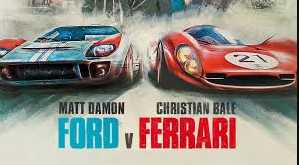 We seem to get attached to the cool cars in movies, don’t we? There are Pixar’s CARS and the wicked street models of the Fast & Furious franchise and classic rides of a number of interesting characters too many to mention. HBO’s theatrical movie debut of the week fits in that category, a movie with good characters and cool cars. It is FORD V FERRARI, a 2019 sports drama. It is directed by James Mangold and written by Jez Butterworth, John-Henry Butterworth, and Jason Keller. The film stars Matt Damon and Christian Bale, 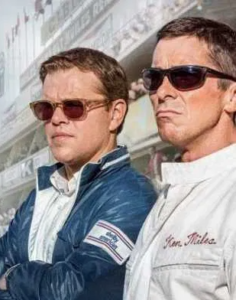 This true-life story follows a determined team of American engineers and designers, led by automotive designer Carroll Shelby (Matt Damon) and his British driver, Ken Miles (Christian Bale) who are dispatched by Henry Ford II (Tracey Letts) and Lee Iacocca (Jon Bernthal) with the mission of building the Ford GT40, a new racing car with the potential to finally defeat the perennially dominant Ferrari racing team at the 1966 24 Hours of Le Mans race in France. Can these upstarts from Ford rock the racing world and break the winning streak of the slick Italian team? I can’t spoil that, but what do you think?

Critics and the Oscar Academy certainly liked this slice of sports history. It got rave reviews and garnered four Oscar nominations for Best Picture, Best Film Editing, Best Film Sound Editing and Best Film Sound Mixing. It won the award for both Film Editing and Sound Editing. As for those critics? The Chicago Sun-Times says – “One of the best ensemble casts of the year, in one of the best movies ever made about auto racing.” the Los Angeles Times says – “[It]is made the way Hollywood used to make them, a glorious throwback that combines a smart modern sensibility with the best of traditional storytelling.” Our go-to aggregator says – 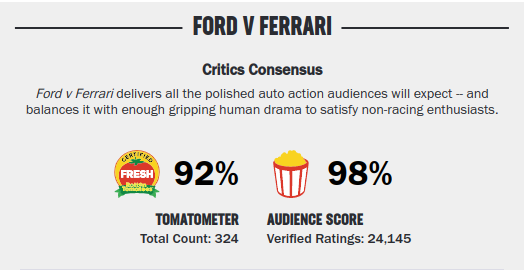 What do you say? Get ready for award-winning engine revs & tire squeals with Ford v Ferrari. It debuted on the HBO channel on Saturday, June 20 and now plays across the channels, on HBO (formally HBONow) and HBOmax.