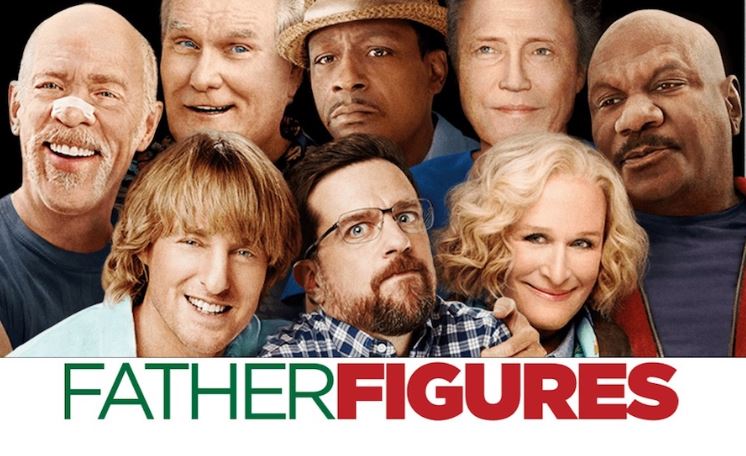 HBOWatch Editors were not able to line-up a writer to review the comedy called FATHER FIGURES but that doesn’t mean that we don’t want to draw your attention to it. Most of our writers don’t rush to review or for that matter, I’m deducing, watch comedies. They are not the kind of movies I gravitate to either. But, I was surprised that no one snagged this one.

I mean, its trailer seems like it could be funny and fun. Now, I ‘m not naïve. I know that a lot of the good bits of any movie are packed into its trailer and that what is left could be fluff that renders a movie worthless. But this premise sounds fun and I’m thinking what just might make it so is the cameos that appear in the film. Here, watch it for yourself:

Yeah, the plot is a simple enough setup. Who’s your daddy? That’s what Owen Wilson and Ed Helms try to find out in this outrageous comedy that features the pair as brothers (Peter & Kyle Reynolds) on a road trip to identify their real father. It’s a comedy blast from start to finish as the duo encounters a raucous mix of paternal possibilities on the way. It seems Mom Helen, played by Glenn Close, has kept the truth from the boys because she was just a randy carouser and any number of guys could be their biological father. The potential sires include J. K. Simmons as Roland Hunt, a former financial investor & reclusive criminal (ah, flashback to OZ); Christopher Walken as Dr. Walter Tinkler, a veterinarian and Terry Bradshaw as himself. Also seen on their quest are the likes of Katt Williams (HBO Specials), Retta, June Squibb (GETTING ON) and Ving Rhames. Harry Shearer plays Helen’s most recent husband.

Now, this combination of players does not automatically make a good movie. The plot is not original for one thing. Our go-to review aggregator certainly didn’t think it outstanding.

Maybe, that is why writers didn’t want to review this movie? To be fair though the Seattle Times wrote – “At first [Helms and Wilson] seem incompatible. But their journey through family secrets delivers surprising charm.” If you are searching for the charm or for the answer of just who the daddy is  and whether they bond or not check out FATHER FIGURES debuting on HBO on Saturday, August 25 at 8:00pm.