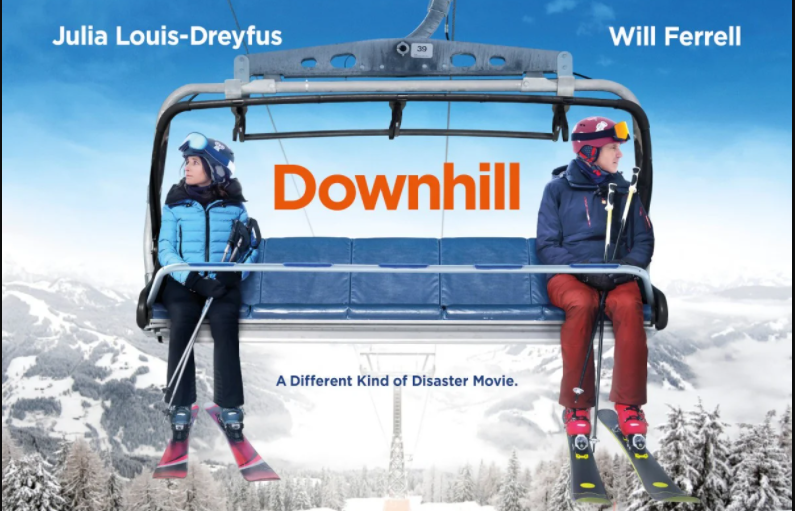 I can count on one finger the number of movies I’ve seen in 2020. But if I saw that Julia-Louis Dreyfus and Will Ferrell were heading a comedy I’d think it could be a good movie. I must be in the minority because none of our writers were able or interested in reviewing DOWNHILL, which is debuting on HBO. We’ll take a look at what the critics say in a bit but, first a little about the movie itself.

It is a  2020 black comedy-drama film directed by Nat Faxon and Jim Rash, who also co-wrote the script with Jesse Armstrong. The film is a remake of Force Majeure (2014) by Swedish director Ruben Östlund. It stars Will Ferrell and Julia Louis-Dreyfus as a married couple, Pete and Billie Stanton. It had its world premiere at the Sundance Film Festival on January 26, 2020, and was theatrically released on February 14, 2020, by Searchlight Pictures, the first film to be released under the studio’s new name following Disney’s acquisition of 21st Century. Of course, shortly after its movie house launch – PANDEMIC HIT- and killed the box office.

The premise cannot be any simpler. After believing they are about to be killed by an avalanche during a family ski vacation in Ischgl Austria, a married couple is thrown into disarray as they are forced to reevaluate their lives and how they feel about each other. Come on, we all know the best comedy comes out of a dysfunctional family, right?  It is said that Julia Louis-Dreyfus was a big fan of the original Swedish film and got the blessing of its director in making an English 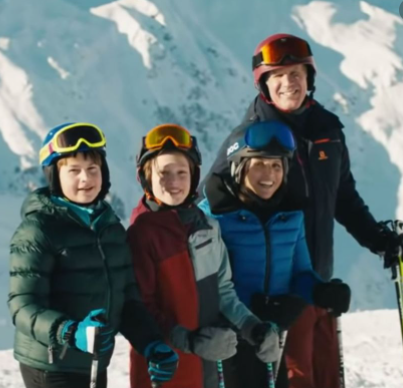 language remake. Interestingly, the whole premise of both movies can be said to stem from a Seinfeld episode, “The Fire” (S05 E19). In that episode, George pushes a child & an old woman out of the way when a small fire breaks out at his girlfriend’s son’s birthday party. The episode also starred Julia Louis-Dreyfus, although her character was not involved in that storyline. But, with that pedigree, is DOWNHILL a good movie?

The Washington Post stated, “It’s a watered-down version of the original, but it’s still pretty good: neither wise nor profound, yet sometimes smart and with sharp elbows – especially if you have nothing with which to compare it.” And Entertainment Weekly quipped, ”As an attempt to scale the craggy heights of a marriage in crisis, Downhill may be more bunny slope than black diamond – a force mineure, but still worth the trip.” But on the other side of the slippery slope are comments such as these: AV Club noted, “there’s maybe one ideal audience for Downhill, and that’s the folks who have never seen or maybe even heard of the much better film on which it’s based.” The Minneapolis Star Tribune adds, “Morality is presented as a black-and-white affair in “Downhill,” and it’s difficult to empathize with this family of privileged creeps.” 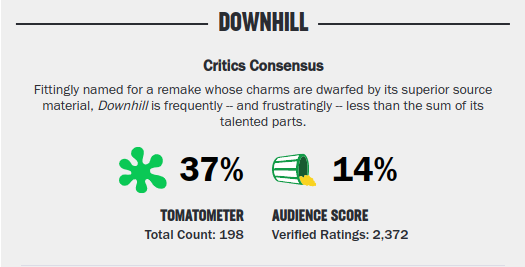 So, what do you think? Watch DOWNHILL, debuting SATURDAY, OCTOBER 3 at 8:00pm on HBO. Do you find good chemistry between the actors? Did it punch up the strong themes from the original film well enough for you or is it just the Cliff Notes of a better version? Watch it and comment.