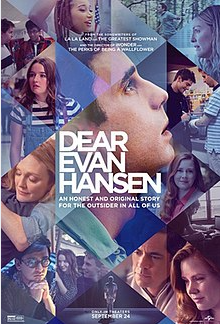 We forgot to mention this movie’s arrival on the slate. DEAR EVAN HANSEN, a cinematic adaptation of the acclaimed stage musical debuted as the HBO Saturday night movie on SATURDAY, MAY 07. It now can be seen across HBO’s platforms.

It is a musical coming-of-age film directed by Stephen Chbosky from a screenplay by Steven Levenson. It is based on the 2015 stage musical of the same name by Levenson, Benj Pasek, and Justin Paul. Ben Platt plays the title role, reprising the performance that he originated on stage five years earlier. The ensemble cast also includes Kaitlyn Dever, Amandla Stenberg, Nik Dodani, Colton Ryan, Danny Pino, Julianne Moore, and Amy Adams. If you are unfamiliar with this movie or the stagework it goes like this – Seventeen-year-old Evan Hansen suffers from social anxiety. His therapist recommends that he write letters to himself detailing why “today will be good”. Evan’s mother, Heidi, suggests that he ask people to sign his cast, after Evan had fallen out of a tree and broken his arm, to try and make friends. At school, Evan writes his letter to himself, wondering whether anyone would notice if he disappeared.

Apparently, it is not an exact remake of the staged version despite the fact that Platt, now ten years older than the character, still gets to play the Evan Hansen role. Wikipedia, for one, mentions a number of tweaks from the original including more detailed character developments and even the omissions of four of the show’s songs. Fans of the musical will not hear characters sing “Disappear”, “To Break in a Glove”, “Good for You”, and “Anybody Have a Map”.

Now for what the critics say – 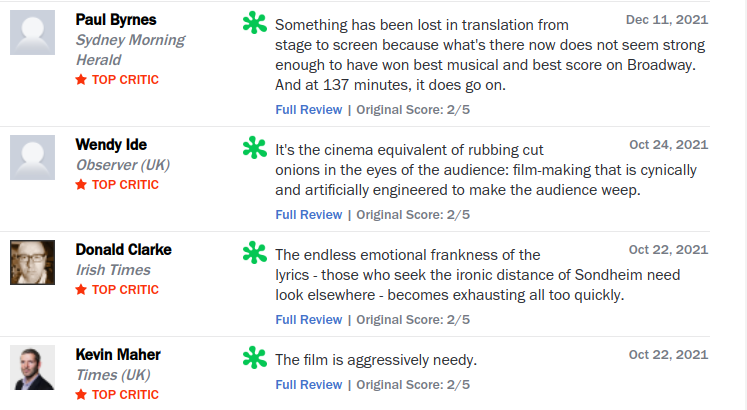 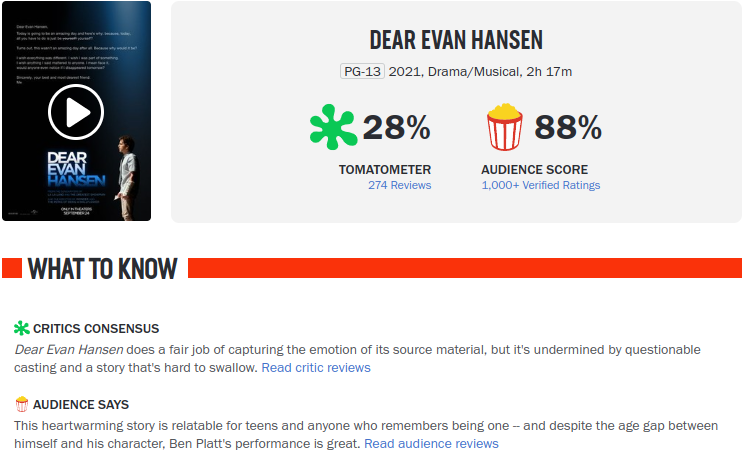 So, if you are eager to take it in once more with feeling, it is not the Broadway show you remember. As for the rest of you, why would you want to see it anyway? Oh, did I say that?