So here we are fast approaching Halloween and to help sell the season there are plenty of spooky shows and horror-filled movies out there. One of our editors even pointed out a few. But not everyone is into the spookfest; not everyone enjoys being scared, even cinematically. 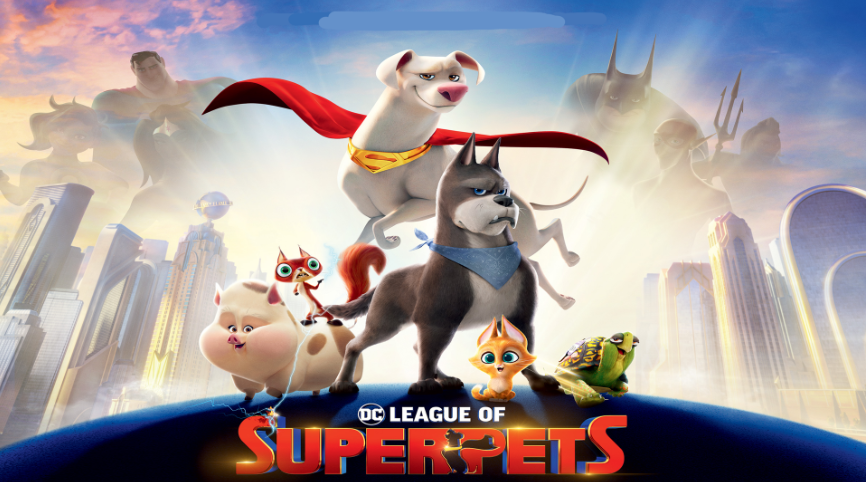 So, if you are looking for a good family movie to gather the family around that isn’t horrific how about this one? DC LEAGUE OF SUPER-PETS recently debuted on HBO and is now parked on HBO Max for your family’s entertainment. It takes some classic DC superheroes and focuses on their pets instead. Though most of the pets were created just for this movie; two of them, our lead characters, have their roots in classic comic history. They are Krypton and Ace. But the Superdog is more well known.

Okay, I’ll divert a bit here: Krypto first appeared with Superboy in 1955. The pooch was used as a test subject in an escape rocket from the exploding Krypton. He eventually joined Superboy on Earth and the rest is superhero history. Ace, if you didn’t know was a crimefighter sidekick to Batman for a short run. In their chance on the big screen here, they are voiced by Dwayne Johnson and Kevin Hart, respectively. The super team they assemble includes a potbellied pig befriended by Wonder Woman, a turtle befriended by Flash, a red squirrel befriended by a Green Lantern, a white guinea pig befriended by Aquaman, and a brown guinea pig befriended by Cyborg.

Yeah, you read right. And they all aid in dealing with Superman’s arch-enemy Lex Luthor. He is messing with Orange Kryptonite which must be a bad thing. Wikipedia noted, director and co-writer Jared Stern said he developed the pitch while working at an animal shelter, where he noticed how older animals were less likely to be adopted and wondered “what if those pets got superpowers?” Stern was originally unsure what DC characters he was allowed to incorporate in the film, though he added Luthor after the character was suggested by DC. This led to the concept of the villain, Lulu, being a guinea pig, as Stern felt “guinea pigs are someone who would have a chip on their shoulder” due to them being used as test subjects, and Lulu being Lex’s test subject served as a parallel with Krypto and Superman’s relationship. 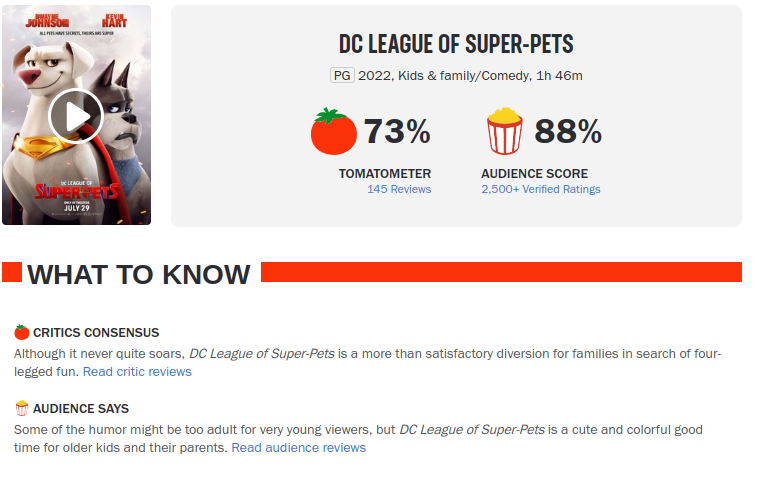 So, if slash and gore & spook and scream just aren’t your thing, gather the clan for DC LEAGUE OF SUPER-PETS.