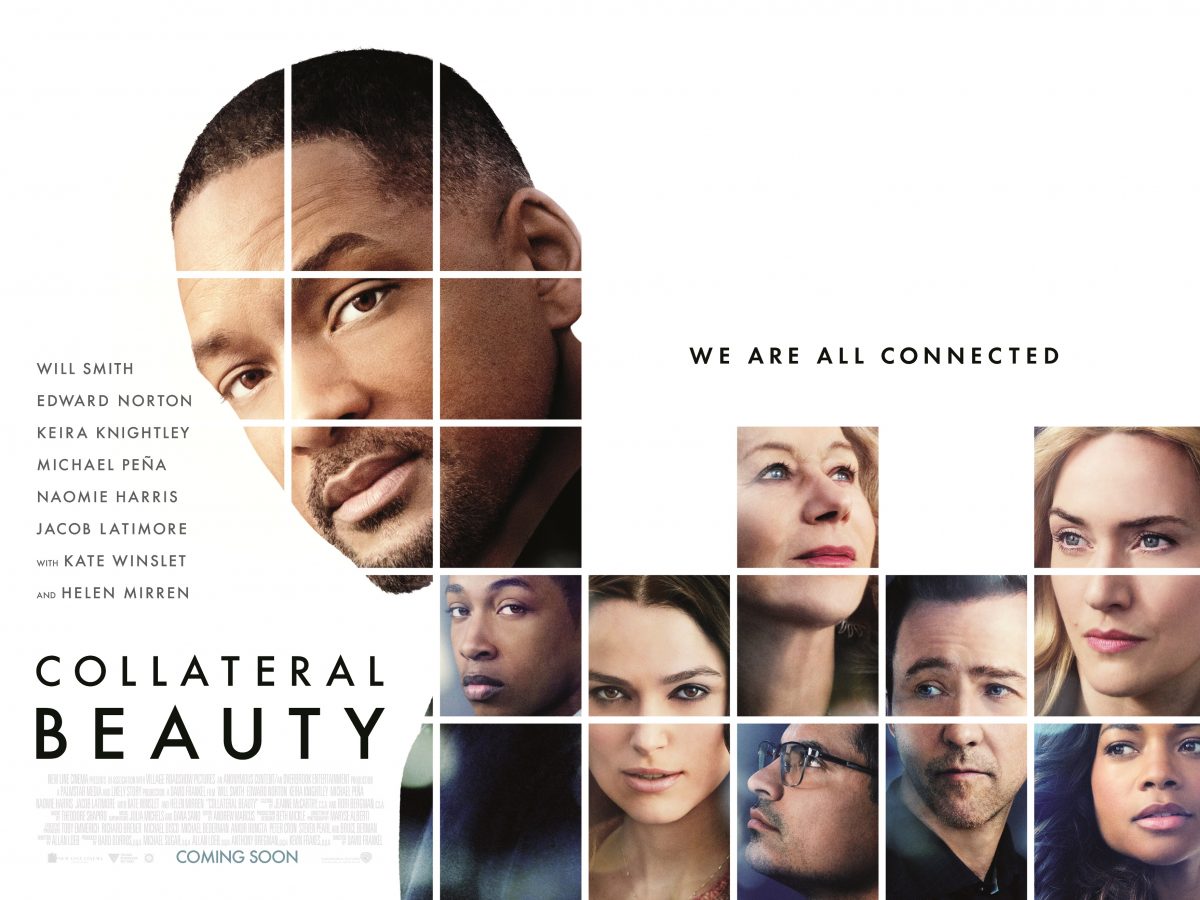 HBOWatch Editors were not able to line-up a writer to review COLLATERAL BEAUTY. I think you can understand when I tell you why – they were all obsessed over GAME OF THRONES, what else? That doesn’t mean we don’t want to draw your attention to this PG-13 drama. Will Smith, Edward Norton and Keira Knightley head an all-star ensemble cast in this touching piece. Also seen on screen are Michael Pena, Noamie Harris, Jacob Latimore, with Kate Winslet and Helen Mirren. Here is how Warner Bros. describes this movie from 2016: When a successful New York advertising executive suffers a great tragedy, he retreats from life. While his concerned friends try desperately to reconnect with him, he seeks answers from the universe by writing letters to Love, Time and Death. But it’s not until his notes bring unexpected personal responses that he begins to understand how these constants interlock in a life fully lived, and how even the deepest loss can reveal moments of meaning and beauty.

That kind of lost me at the last sentence but, perhaps and hopefully, the movie makes it a lot clearer. It has 1 hour 37 minutes to do it in under the pen of Allan Loeb (The Space Between Us) and direction of David Frankel (episodes of HBO’s ENTOURAGE, SEX AND THE CITY, BAND OF BROTHERS and FROM THE EARTH TO THE MOON). Here is the trailer.

So, this is a movie about coping with grief. Will Smith’s Howard has a hard time dealing with it, but with the help of his colleagues a, unique way is drafted to help him cope. Love (Winslet), Time (Latimore) and Death (Mirren) come into his life with advice. How? That spoils the movie so take it in to find out. It appears across HBO’s platform after it debuted on 08.05. Rotten Tomatoes didn’t give it much praise the movie’s official site, obviously, does. If you see the movie feel free to past comment below.