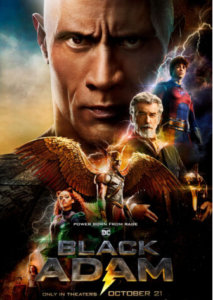 We’re assuming if you were interested you watched BLACK ADAM by now. It was a movie that was not on the schedule when we created the “What’s On” post for the month of December, but by Christmas weekend it surfaced both as the Saturday night movie on December 24th on the HBO channel and a few days earlier than that on HBO Max.

Since then, you’ve seen, the DC franchise has been totally rehauled to the point that this movie is a one-and-done for Dwayne Johnson; his dream of further sequels has been squelched. But the movie didn’t take off so well at the box office anyway, which led to its quicker than expected arrival on HBO’s platforms.

BLACK ADAM is a 2022 American superhero film starring Dwayne Johnson as the titular DC Comics character. The film is a spin-off of Shazam! (2019). If you don’t know, the title character is a former slave originally from ancient Kahndaq 5,000 years in the past. After living under a tyrannical king who oppressed all the inhabitants of the country, Adam becomes endowed with the powers of ancient gods by wizards (similar to what happened to Shazam.) He surfaces in modern day, clashes with the Justice Society, (Hawkman, Doctor Fate, Cyclone, and Atom Smasher) and becomes a DC antihero.

Again, the movie did a quick burn-thru on cinematic screens with some great imagery but a loose storyline. Todd McCarthy of Deadline praised Johnson’s performance and the action scenes, writing: “The visual spectacle just keeps coming at you for two hours, and the effects are all so stupendous that you could begin to take it for granted. Practically every shot features something epic or at least unusual going on and director Jaume Collet-Serra takes good care to present the star in the most favorable dramatic light.” In contrast however, The Wrap‘s Alonso Duralde called the film a “muddled, overstuffed origin story” and wrote: “Most disappointing of all, Black Adam is one of the most visually confounding of the major-studio superhero sagas, between CG that’s assaultively unappealing and rapid-fire editing that sucks the exhilaration right out of every fight scene.”

Truth be told, we really only mention it here to close out the theatrical movies on HBO for 2022.It is there for the DC fans who want it. Now, what is 2023 going to offer HBO in the way of movies? 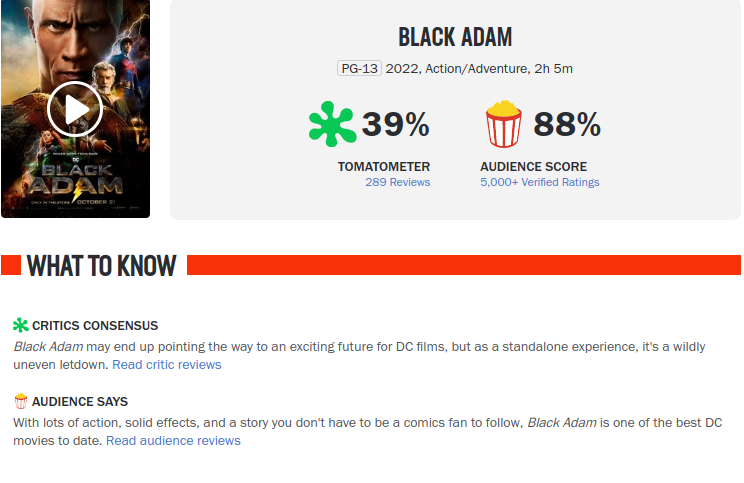