A new movie hits HBO on SATURDAY, AUGUST 06 entitled BELFAST. It is already uploaded to HBO Max & HBONow. That title, obviously, I guess, refers to the capital city of Northern Ireland and if you are into historical narrative and/or are of Irish lineage then this tale might mean something to you. It certainly meant something to Kenneth Branagh who is the writer, director and co-producer of this movie.

If you know anything about Irish history, you know it was filled with little troubles and big Troubles and BELFAST is Branagh’s most personal piece yet as he grew up during the Troubles with a capital “T.” The film is a coming-of-age drama that stars Caitríona Balfe, Judi Dench, Jamie Dornan, Ciarán Hinds, Colin 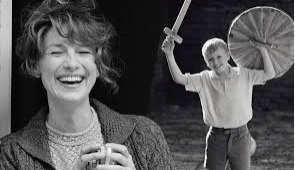 Morgan, and newcomer Jude Hill. It specifically chronicles a nine-year-old boy (Hill) named Buddy and his Protestant family. Buddy’s father Pa (Dornan) works overseas in England, while the family—Ma (Balfe), elder brother Will (Lewis McAskie), and paternal grandparents Granny (Dench) and Pop (Hinds)—live in Belfast. During the riots, a group of Protestant loyalists attack the homes and businesses of Catholics on Buddy’s street. The residents of the street set up a barricade to prevent further conflict and Pa returns home from England to check up on the family’s wellbeing. What results is the heart of the story and The Troubles. Evidently, Branagh was there.

The work had a strong debut in the United Kingdom and Ireland, opening in second place just behind Spider-Man: No Way Home. It went on to receive nominations & awards. It received seven nominations at the 94th Academy Awards, including Best Picture, winning for Best Original Screenplay. The Times, a British paper printed, “It’s a film of formal beauty, letter-perfect performances, complex and textured writing (also from Branagh) and enough comedic one- 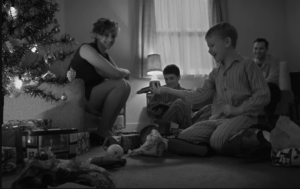 lines and Van Morrison musical montages to make you forget that you are watching a drama about seething sectarian hatreds”. IndieWire, however, stated, “It was the best of times, it was the worst of times, and this scattershot crowd-pleaser renders them both in such broad strokes that it seems as if Branagh can only imagine the Belfast of his youth as a brogue-accented blend of other movies like it.”

Whether it is for you is entirely up to you. Find BELFAST, a one-hour 37-minute movie, which is rated PG-13, at your ready across HBO’s platforms. 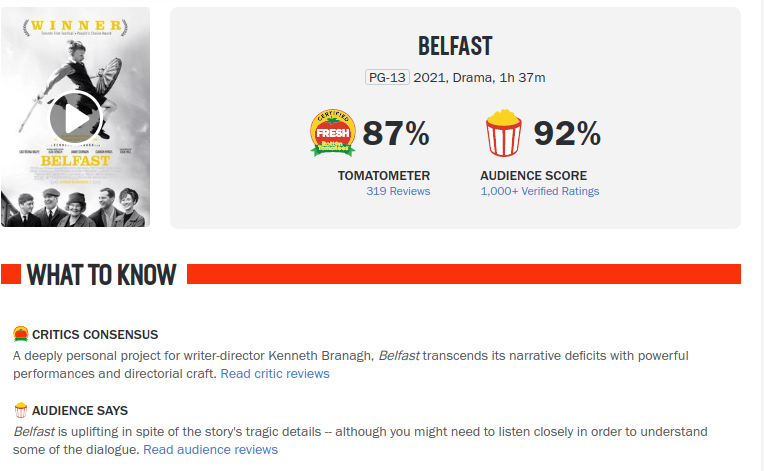