There’s a new name in the horror movie scene, and that name is Zach Cregger. His movie Barbarian has been exciting horror lovers for some time pending its release and now its finally here and it did not disappoint. 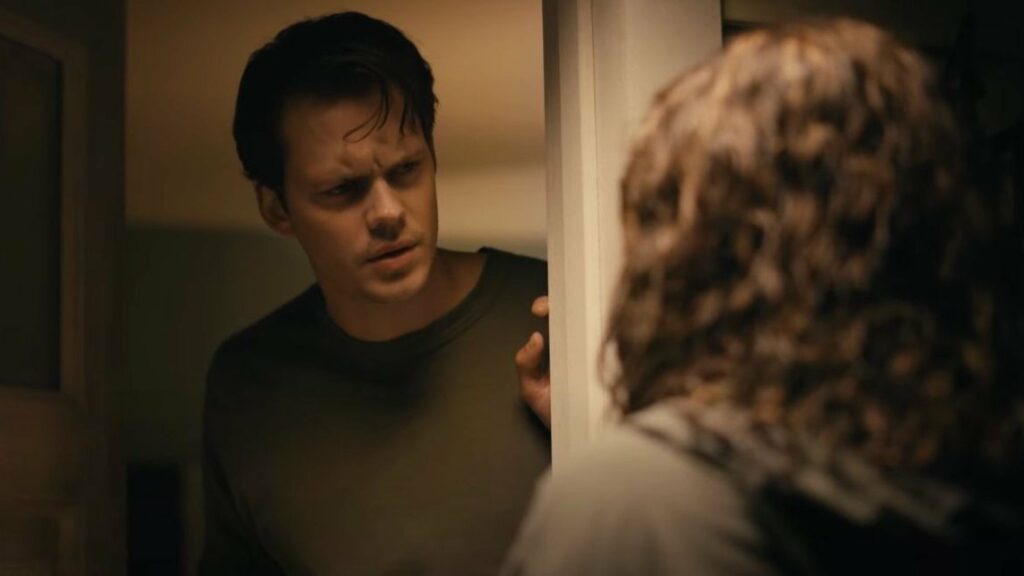 In what feels like three separate movies the events of the film are centred entirely around one house. In the first story we see young Tess (Georgina Campbell) arrive at her AirBnB late at night and in the pouring rain but to her surprise there is already someone staying there. The house seems to be the only one on the street that isn’t in a state of total ruin and its either spending a night in the car or chancing it with a stranger. The stranger, Keith (Bill Skarsgård) perfectly tows the line between charming and creepy just enough to keep you wondering whether their encounter will turn sour. In another storyline we see ruined actor AJ (Justin Long) trying to free up some cash by selling some assets, one being the house he is renting as an AirBnB, so off the back off an damning rape claim he heads out from LA to list his property. The third storyline takes place many years in the past when the neighbourhood was thriving with beautiful green grass and trees and perfectly painted houses and focuses on the first owner of the house, Frank (Richard Harris) and what is  that he has done that has such a fateful impact on the present day inhabitants. 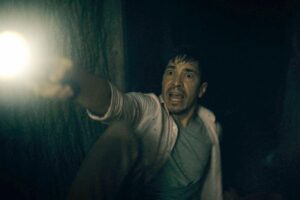 Barbarian is an interesting film in that it keeps you guessing and you really could never actually guess what happens because its just so batshit that you really don’t see it coming. As far as Hollywood horror goes this one has the same kind of familial rewatchability of something by James Wan but with a sickening little twist to boost it to an R rated horror as opposed to something a little more tame thanks to the gruesome violence and disturbing subject matter.

While Barbarian predominantly tells a horrifying story occurring in the underground tunnels of this quaint little home, it attempts a little more in the Justin Long storyline, venturing into the topic of sexual consent as he is accused of raping someone he thought he had consent from. However whilst in a bar and under the influence of a few drinks he claims that yeah, okay maybe he did rape her, so what? She wanted it? The only reason to include this must have been to make the character of AJ the absolute ultimate douche and when it comes down to a matter of survival, he will likely throw his own mother under the bus if it means he gets away free. However, as tongue in cheek as it is, some of the dialogue could be considered quite heavy handed. But in an hour and 40 minutes movie you can’t really waste any time. The three characters in their own right give the audience good reason to be untrusting of them and their motives and as such the film feels like it going to be about one thing until it takes a sharp turn into somewhere totally different. 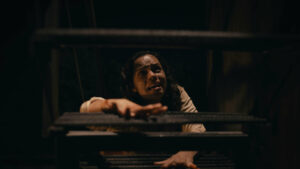 Barbarian is sure to give you some great thrills while watching and is the absolute perfect tonic to satisfy the Halloween lovers out there.

Take a look at the trailer below if your interested but if you want my advice its much better to go into this one knowing as little as possible!

Barbarian is available to watch now on HBO Max!