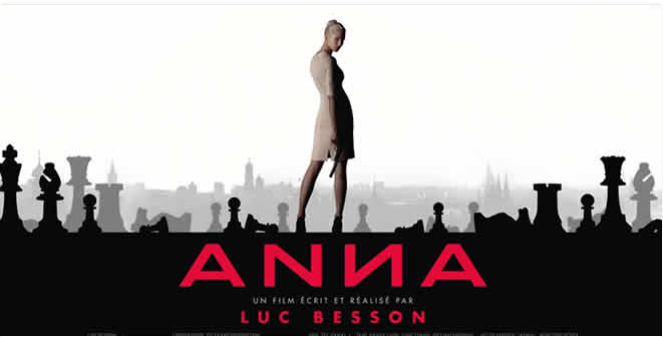 Ah, here we go with another take on the old assassin game with ANИA, your Saturday night movie premiere. which is a 2019 English-language French action- thriller written, produced and directed by Luc Besson. You might not think you know Besson, but you do if you have seen Subway, The Big Blue, La Femme Nikita, The Fifth Element, Valerian and the City of a Thousand Planets and especially The Messenger: The Story of Joan of Arc and others. He offers us a unique highly visual approach to each of his works that make them stand out as recognizably his. Does he offer that same style in ANNA? Maybe, the trailer is a clue.

Yes, it is him alright. The film stars Sasha Luss as the title assassin, alongside Luke Evans, Cillian Murphy, Helen Mirren, and Alexander Petrov. In this tale, the deadly player is a Russian beauty (Luss is an international fashion model from Russia). Her character has been the victim of domestic abuse and will do anything to escape the life she is trapped in. In a twist of fate, she reluctantly accepts an offer by a KGB officer. After a year of training, she is to work as a KGB assassin for five years under a handler named Olga, after which 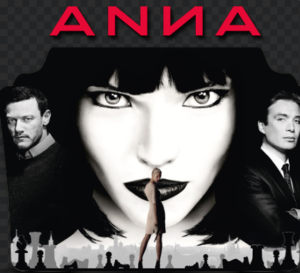 she will be free to continue her life as she pleases. The KGB head, however, is not willing to honor this agreement, implying that the only way out of the KGB is death. I’m guessing she kicks ass for the five years and now she is ready to let it all go for a quieter life. Does that promise get honored? Eh,Ehh, you’ve got to watch it to find out.

The critics go both ways on this one. Detroit News says – “[Besson is] riffing on spy movies and their inherent double crosses and triple crosses, stopping just short of parody but letting the audience in on the trick. And thanks to Besson and a willing cast, the trick’s a pretty good one.” The Los Angeles Times says – “The film falters when it tries to be an aspirational tale, about a woman tired of being shuffled from one “grey box” to another, and who’s exhausted by the piggish fashion photographers and demanding spy-masters who dominate her days.” Our go-to, RT, sums it up this way –

ANИA was theatrically released in the United States on 21 June 2019 by Summit Entertainment and is now on HBO’s platforms on SATURDAY, February 29 at 8:00pm.