2015 was a disappointing and incredibly lackluster year for good horror. Not only were there a limited number of releases for the genre, but the quality of many of the year’s films were forgettable and tedious—with perhaps the only exceptions being David Robert Mitchell’s moody It Follows or the artsy Austrian psychological thriller Goodnight Mommy. However, several unexpectedly chilling and unique films managed to slip through the muck of clichéd drivel, a prime example being Leo Gabriadze’s Unfriended. With its witty satirizing of trendy technology and its creatively sadistic style, this movie broke an interesting mold in the found-footage genre and will likely influence horror to come.

Taking place entirely in real time on the protagonist’s MacBook computer screen, Unfriended treads new water for found-footage cinema by depicting the genuine feeling of being on your laptop, or rather, the feeling of watching someone browse through theirs, on Facebook, iMessage, Skype, YouTube, Spotify—you name it. Even Jezebel is on her bookmarks bar. The snark is palpable. Unfriended is clever, timely, and holds believable progression due to its honest portrayal of the social age we live in, not to mention the ridiculous vernacular of teenagers. There have been few other films that have previously utilized this “computer screen found-footage” approach—The Den, V/H/S—though none have done it as expertly or intricately stylish as Unfriended. This film is a dark and cynical depiction of our current social media generation, making generous odes to sites and apps like Snapchat, Instagram, and ChatRoulette. While this makes for an entertaining experience, the film holds the distinct mark of today’s relevant technology, dissenting it from ever being considered timeless. Regardless, it is a memorable and enjoyably shocking experience, and may one day even work its way up to being a cult classic for our generation, much like Paranormal Activity was eight years ago. It also holds similarities to previous horror standouts such as The Ring and Saw, particularly in terms of atmosphere and a sense of claustrophobia. Ultimately, Unfriended is a slick and relentless  tale—one that will undoubtedly get under the skin of the social-media obsessed, much like myself. 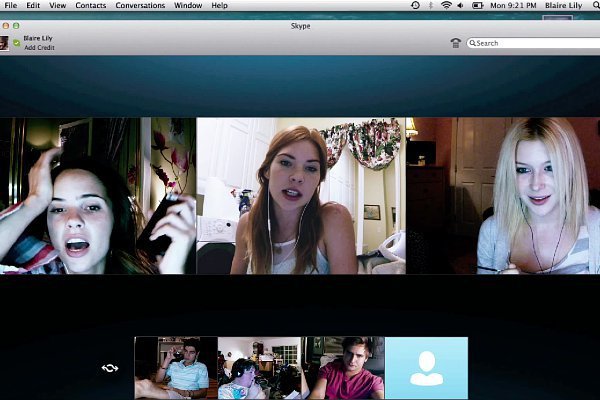 It opens with a cluttered Macbook desktop screen—a setting that remains during the film’s entirety. Our protagonist, Blaire Lily, is watching the suicide video of Laura Barnes, a girl who shot herself in public due to online bullying. This suicide video was recorded exactly one year prior to the events portrayed in the film. Before committing suicide, photos and videos of a highly inebriated Laura Barnes were posted online for all to see, including one where she is passed out in a dark alley and the video focuses on her having soiled herself. Soon therafter, our easygoing protagonist Blaire is Skyping with her boyfriend and four other friends. Their witty banter and snobbery is soon interrupted on Blaire’s screen, as she begins to receive sinister messages from Laura Barnes’ Facebook page. Blaire attempts to report the page because she believes a person has hacked it, and when she is unable to, she “unfriends” Laura Barnes. This, as the title suggests, is the source of all the horrific mayhem that ensues. Laura Barnes’ account then hacks onto all six friends’ computers and forces them to play a macabre game that grows grisly and savagely until its bitter end. 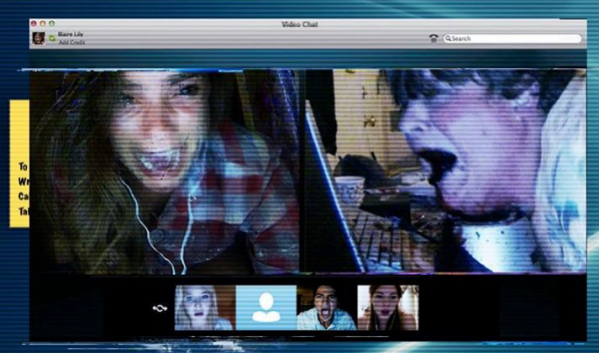 As a fan of gore, I found Unfriended to balance itself between grotesque and ludicrous quite well. Cinematically, the film also adds a lot of frustration and suspense through its use of rapid desktop movement and video glitches, making it a dark and frenzied experience. Best of all, the film is expertly paced and gains incredible momentum during its second half. Unfriended embraces its cop-out horror components—jump-scares, shrill teenagers, ridiculous dialog. These are the essential plays on the genre and comical self-awareness the film strives for, embedded in a grim, blood-soaked nightmare. Unfriended may not sit well with audiences expecting a thoughtful, serious horror film. However, those up for loads of laughs and several gruelingly morbid moments will be genuinely pleased.