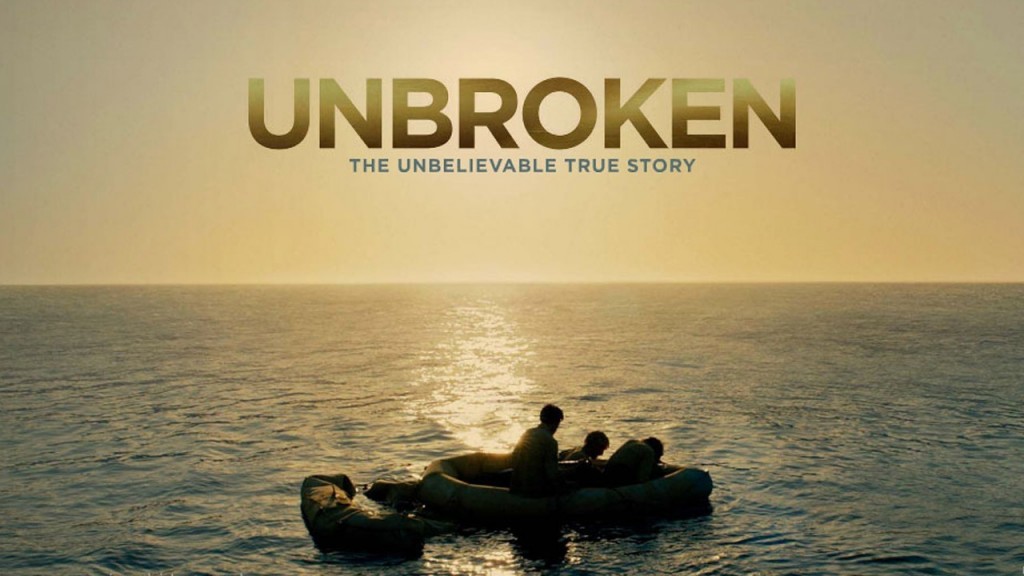 In what is an amazing testament to the “Greatest Generation” comes Unbroken, a true tale about not the life, but the survival of Louis Zamperini. At every moment that failure was presented to him, this man decided that he would not stop – no matter who or what was pressuring him, hoping for him to fail, waiting for him to become nothing more than another creature downtrodden and another piece of dirt to walk over – and he would persevere. His parents were Italian immigrants who, within two years after his birth, moved his family from New York to Torrance, California, where Zamperini is remembered to this day as a legend. See, the best part of “Unbroken” is that it’s a true story based on the life of Louis Zamperini, a man who chose never to be broken.

While some will harp about Angelina Jolie’s involvement – she did do alright. You see this was a war picture that may have covered too much ground and it was one of those wartime valor movies which are an increasingly popular theme that may be overdone these days. Plus, there is the worry that the human story of Zamperini is lost amid the turmoil that was his life. But, Unbroken proves to be a fantastic truth to something completely different than all those concerns. Does it take place during World War II? Yes, it does. Louis served in the Pacific 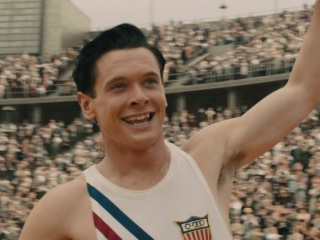 Theatre and on May 27, 1943, the bomber he was on was shot down. Louis and two other pilots survived while eight others drowned. And, in this scene, the moviedoes something spectacular. It shows you how Zamperini held on to the world by flashing to the 1936 Summer Olympics held in Berlin, Germany. Zamperini was believed to have had a shot at winning the 5,000-meter race. Although he didn’t manage to do that, he did finish his final lap 56 seconds faster than anyone else, something even Adolf Hitler took notice of. Louie’s big brother had made him run all the time to keep little Louie out of trouble, and, by keeping out of trouble, he turned into an international star with that lap. So, could Zamperini survive the plane crashing into the Pacific? Yes, he could. And he did.

He and the two other pilots were out at sea, hopelessly adrift with little to no food and water rations, for 47 days. That’s more time than Noah, who had 40 days and 40 nights, with advanced warning. And just when things could get better, it’s not the Americans who find Zamperini and his men, but the Japanese. 47 days and 47 nights, killing sharks with your bare hands, tearing apart fish raw, praying for a rainstorm so you could collect water but praying you wouldn’t capsize – and he ended up in a Japanese prisoner of war camp. He would stay there for just over two years.

One notable figure in Zamperini’s time at Ofuna POW camp was Mutsuhiro Watanabe, nicknamed “The Bird.” There aren’t words to describe Watanabe, so perhaps this will suffice. After the Japanese surrendered, ending the Pacific Theatre and World War II, General Douglas MacArthur placed Watanabe on his list of the 40 most wanted Japanese war criminals. The Bird would uniquely torture his prisoners. He ordered them to punch Zamperini in the face. That was one of the mildest punishments. During his two years in Ofuna, Zamperini lived in and survived hell. Even the Bird found the former Olympian unable to be broken. Miyavi, a well-known Japanese musician (I had the pleasure of attending a rock concert he was part of in Nashville a few years ago), plays Watanabe and it was reported that he had a very hard time doing so when thinking of the cruelties Zamperini actually faced. 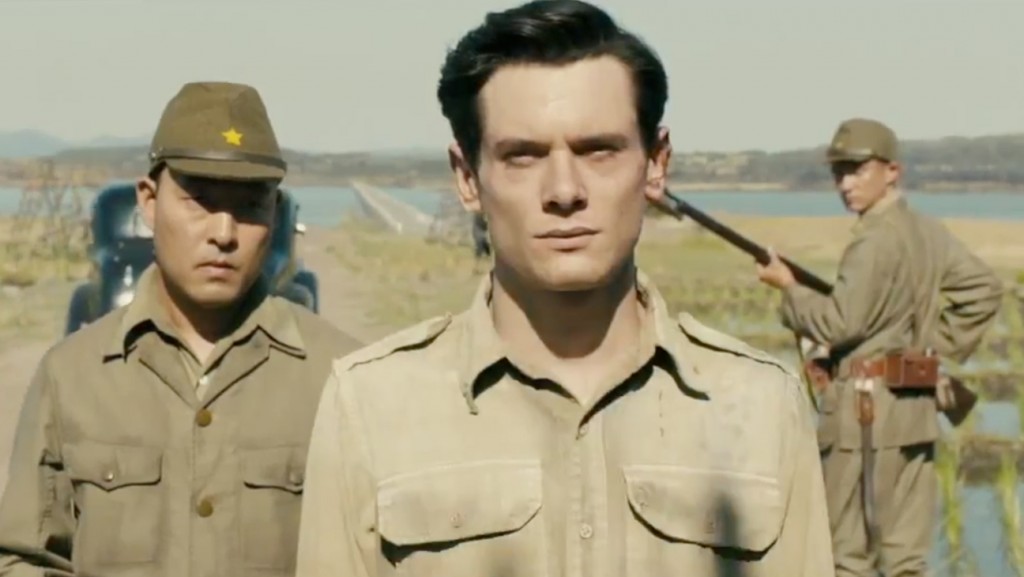 After his years in the war and POW camps, he found himself angry at the world. His wife, Cynthia, convinced Zamperini to attend a Billy Graham evangelistic crusade and, in 1949, he became a born-again Christian. Zamperini later returned to Japan and forgave all of his former captors that acknowledged knowing him. Days before turning 81, he ran a leg of the 1998 Winter Olympics held in Japan, holding the Olympic Torch high. While there, he tried to locate and speak with Watanabe, but Watanabe refused. In honor of Zamperini, numerous athletic fields, stadiums, and public places in Torrance, CA, have been dedicated to him.

On July 2, 2014, Louis Zamperini passed away, having lived a very extraordinary life by any and every sense of the word. During the filming of Unbroken, Angelina Jolie became incredibly close with Zamperini and was able to show him the movie based on his life before his death. Like too many people of the Greatest Generation, Zamperini is no longer here to give us advice and guidance. What perhaps the greatest lesson from the movie is not that a war occurred, or a race was held, or valor and courage and heartache and pain were felt, but that, deep inside, we can all hold on to a small piece of ourselves no matter what. That is what kept Louis Zamperini going, through all the runs with his brother, on that final lap in Berlin, as his plane crashed, as he was in the lifeboat, as he was tortured in the POW camp – he held onto himself. He knew something was better out there than him, than his reality, and he believed in it, too. Zamperini’s story is beautifully captured by Jolie, who makes this movie very tangible, and Jack O’Connell brings that feeling to his portrayal of Zamperini, in every gritty and glorious moment.

Some of the scenes are very graphic, and the lifeboat sequences caused me to stop watching a few times. Have a pillow, dog/cat/teddy bear/significant other to hold onto, and a few boxes of tissues on hand when you watch, but definitely watch. Louis Zamperini is a name that should never be forgotten, and we mustn’t let only Torrance, CA, hold onto his memory, story, and legacy.

Unbroken premieres Saturday, September 26 on HBO anf can be found on HBONow/Go.

And, if you haven’t, read Laura Hillenbrand’s book “Unbroken,” which the movie is based on. Zamperini also has two different autobiographies available. Hillenbrand’s is incredibly moving and absolutely worth reading.