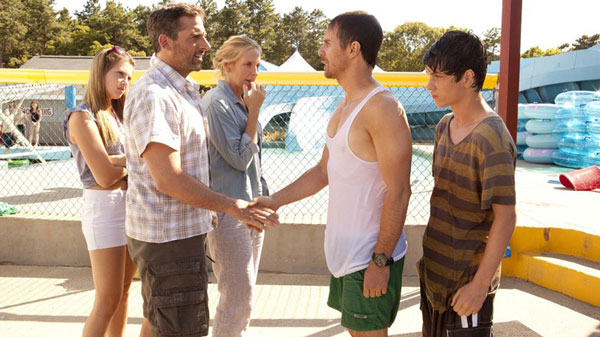 Back in 2011, George Clooney starred in a film called The Descendants. That film was nominated for four Oscars (Best Picture, Best Actor, Best Director, Best Editing) and won one Oscar, for Best Adapted Screenplay. Credited with adapting the screenplay was the director, Alexander Payne, Nat Faxon, and Jim Rash.

In 2013, Faxon and Rash released The Way, Way Back, which they not only wrote, but directed as well. Since The Descendants was one of my favorite films from 2011, I was very interested in seeing their new work.

I was, however, slightly worried that I would not be able to easily see The Way, Way Back. The film, at it’s most wide release, was only on 1,001 screens. For some perspective, The Avengers played on 4,349 screens at it’s widest release.

So, the film was getting only a modest release, to say the least.

But, fortunately, my local theater did screen the film and thank goodness, because, boy, did I enjoy this film. 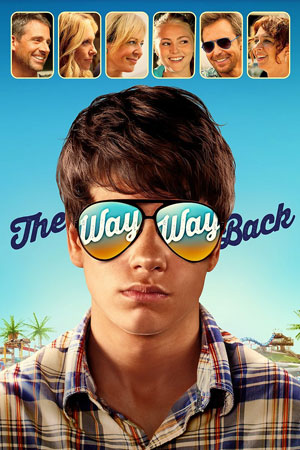 As a midwesterner, there is something foreign and exciting about going to the beach. We obviously don’t have them here and must travel large distances to get to one. Just the thought of spending an entire summer at the beach, or near a beach, is thrilling. The only thing that might make it less thrilling, less exciting, less appealing, would be having to share that experience with your mom’s slightly creepy boyfriend, his older-than-you daughter, and the assorted oddballs that will live next door to you all summer long.

And that is exactly what Duncan (Liam James) must do.

Duncan, at 14 years old, is going through an awkward time himself. He is just starting to discover girls, he is just starting to struggle a little with his own identity, and he is struggling with watching his mom (Pam) feel her way through a budding relationship with Trent (Steve Carell).

Trent and Duncan don’t exactly get along. Trent generally treats Duncan poorly and as though he were much younger than 14. For example, when Trent, Pam, and some others spend the afternoon on a boat, Trent insists that Duncan wear a large life-vest, even though no one else on the boat, children included, is. Pam goes along with it, knowing that it is absurd, but not wanting to upset Trent. Pam choses Trent over Duncan, a theme that will be returned to again and again throughout the film.

Later, Duncan decides to venture out on his own, discovering a near-by water park. There he meets Owen (Sam Rockwell), a man-child who has worked at the park far longer than most people would want to. He hires Duncan and eventually helps him to gain the self-confidence he so desperately needs.

This film really succeeds in showing how confusing and awkward adolescence can be and how chance, random encounters can lead to life-changing events. For example, if Duncan had never met Owen, or if Owen had never taken Duncan under his wing, who knows what sort of person Duncan might have grown in to.

The film also does a good job of capturing the behavior of all the adults as well, showing that they are often just as confused and immature as 14 year olds. We see various adults drink to excess, smoke pot, cheat on their significant others, and throw tempter tantrums. This behavior is deftly, subtly, juxtaposed by showing the adolescents doing the same thing, just in different and more self conscious ways.