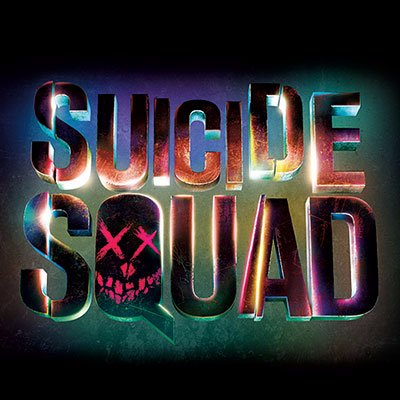 In DC Comics canon, the Suicide Squad (in its most famous iteration) is a team of villains gathered by the government to undertake secret and dangerous missions. Unlike the Justice League, the heroes of Suicide Squad do not join willingly, out of a sense of duty. In fact, they are not heroes, at all. They are there because they’ve committed crimes and want to regain their freedom, and sometimes because they’ve been threatened/blackmailed into joining.

In its most recent slate of live action films, DC introduced Batman, Wonder Woman, and the possibility of the Justice League in 2016’s Batman v. Superman: Dawn of Justice. The full League will not coalesce until this year’s Justice League film. In the meantime, Suicide Squad is the first team-up in DC’s interrelated universe of films. 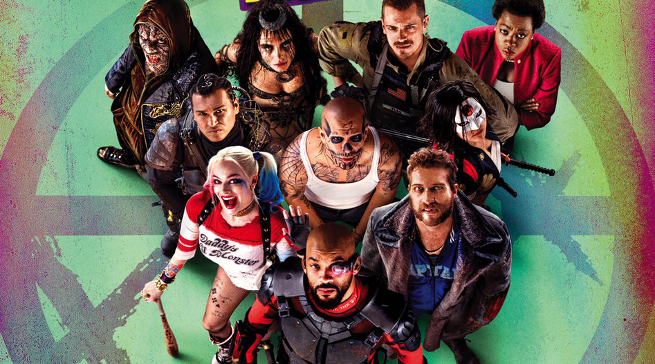 For this adaptation, writer-director David Ayers pulled together Harley Quinn, Deadshot, Killer Croc, Boomerang, Diablo, Katana (the only volunteer in the group), and Enchantress, under the leadership of Rick Flag to find and rescue a mysterious target from an undisclosed location. Their mission is overseen by Amanda Waller, a high-level intelligence officer who seeks to use the “gifts” of the Squad’s members to advance secret government missions while disavowing any accountability. Said gifts include high-level military training, the ability to control fire, or genetic mutations. In the case of Enchantress, Amanda Waller has unleashed something she can’t control. A spirit that overtakes the body of mild-mannered archaeologist Dr. June Moone, Enchantress can command world-breaking power. When she chooses to turn that power against humanity, it takes the combined ingenuity and daring of the team to save themselves and the world.

There are no better villains than those you respect, fear, or care about. The worst thing a villain can do, from a narrative perspective, is to be boring. What Suicide Squad (the comic) realizes, is that many villains in the DC universe (especially those that populate the Batman title), are quite compelling. People could and would pay to read about their adventures without the hero characters. And thus the Suicide Squad title has grown in popularity, because there is a great deal of fun to be had in watching these characters interact with each other, especially in light of the fact that they are loner types who collaborate only under the threat of death.

The film adaptation of Suicide Squad is not so pleasurable or fun. There are wonderfully compelling moments and performances in the film, particularly from Will Smith (Deadshot), Margot Robbie (Harley Quinn), and Viola Davis (Amanda Waller). Smith’s natural warmth and humanization of Deadshot makes his mission and his destiny within the film feel consequential to the viewer. Robbie makes Harley the sun around which the other characters orbit; her performance is so vibrant, it stands in stark contrast to the rather underwhelming work from the rest of the cast. Viola Davis also brings an excellent gravitas to Amanda Waller, one of DC’s most straight-laced, yet menacing and brilliant, characters.

Unfortunately, the flaws in the film surpass its strengths. As I mentioned earlier, it doesn’t feel fun, nor do the villains feel particularly threatening. This crew is neither as charming as Ocean’s 11, nor as morally complex/dark as The Dirty Dozen. Critics have noted its mean-spirited treatment of certain characters. This isn’t just a narrative problem; visually, the film appears dead, like 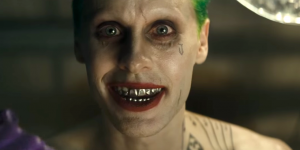 it’s going through the motions, simulating fun, but not actually achieving it. The special effects are questionable, and this matters in a culminating sequence that is full of them. Enchantress becomes a CG creation, and we as an audience lose the opportunity to connect with Cara Delevingne’s Dr. Moone. Characters like The Joker and Katana feel crammed in for no reason other than their name recognition. Admittedly, The Joker (Jared Leto) will bring in a larger audience than Killer Croc (Adewale Akinnuoye-Agbaje of HBO’s OZ fame), but if either character exists in THIS film, he should be integrated into the narrative and fleshed out.

As a lifelong DC fan, I really wanted Suicide Squad to work. At times, it did. In fact, it may prove to be more popular in the long run than its more celebrated cousins in the current DC Extended Universe cycle. It wears its punk attitude on its sleeve and introduces Harley, who may go on to headline the Gotham City Sirens film. Unfortunately, it doesn’t quite hit the mark and feels more like a lost opportunity to introduce some great characters to the big screen. Hopefully, future outings from DC will give us more cohesion. In the meantime, you can catch Suicide Squad and several other DC titles (both animated and live action) on HBO platforms.