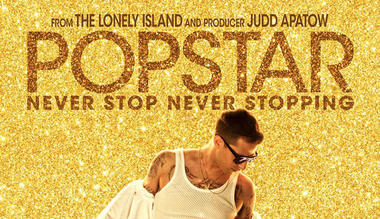 Ridiculous mockumentary featuring the stylings of Andy Samberg and Lonely Island?  Sign me up! Though thoroughly panned and considered a large box office bomb, I cannot deny that this film had something going for it at least a little bit. The documentary style follows the life of star Connor (Andy Samberg) and how his career in music has evolved. First, he became a star being part of a group called the Style Boyz, but once tensions began to rise he branched out on his own to become Connor4Real.  But things aren’t going super well for Connor’s new album and he soon must figure out how to be the best person he can be but also the best friend he can be.

The main characters are played by Samberg, Akiva Schaffer, and Jorma Taccone who collectively create the Loney Island. The lovely trio responsible for such ditties as “Dick in a Box” and “I’m on a Boat” give us the music and humor. I mean, have you seen “I’m on a Boat?”  It is the freaking best. So with that kind of comedic energy behind the film, you never know what you’re gonna get but you can hope for at least some funny moments. Plenty of comedic actors support the film, including Sarah Silverman, Tim Meadows, Maya Rudolph, and Joan Cusack. The mockumentary even includes real musicians as themselves interviewed and commenting on Style Boyz and Connor4Real. Which adds a humorous aspect to the documentary style of the film. 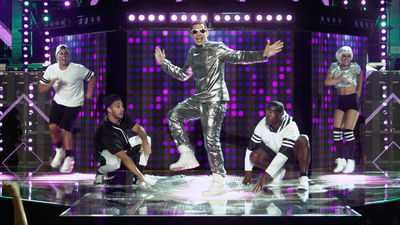 Especially seeing Usher get straight up giddy over dancing on stage with the Style Boyz.

The main attraction of this film is the pure idiocy and craziness. Which is pretty obviously how it bombed. You can back a film with plenty of humor, but it has to also have some substance, and in this case, the film tries but doesn’t quite stack the substance up. It tries really hard to get that heart behind it. But it felt a bit “too little, too late” and just ended without closure. I would say if you’re looking for a movie to just chill out and laugh a bit and get the expected dirty jokes, then this film is probably worth a gander. In my case, I clung to this film purely for imagining that the main character was Justin Bieber and how much funnier it would be if this film story happened to Bieber in real life. But with the overall flop that this was, I think it proves the American public has had enough of the mockumentary style, because it’s never gonna be greater than the Office or Parks and Rec, so I think we can declare that style dead now.

In the end, it was a valiant attempt that only lands about half the time.  Instead, I recommend listening to some Lonely Island tunes and just drinking a lot.  You’ll probably receive the same outcomes/results of humor. Because Lonely Island music is the biggest gem of this film, but I just think they should stick to music and not film.

So, we will leave it to you. Did this movie kill the mockumentary? Are you a Lonely Island fan?  Are you going to watch Popstar: Never Stop Never Stopping when it debuts SATURDAY, JULY 08 at 8:00pm? Let us know below.