Louis Leterrier’s Now You See Me is a comedic thriller following the mystical escapades of four undeniably brilliant undiscovered street magicians as they are sucked into a dark and dangerous scheme at the hands of an unknown entity. The Four Horseman, as they are known consist of J. Daniel Atlas (Jesse Eisenberg) Merritt McKinney (Woody Harrelson) Henley Reeves (Isla Fisher) and Jack Wilder (Dave Franco) who are all brought together by an unknown hoodied person who attends each of their incredibly impressive shows and secretly offers them a tarot card with instructions offering the notion that they have ‘been chosen’. 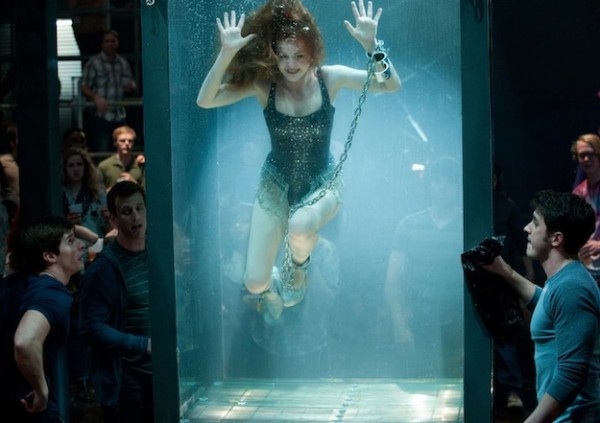 A year later after the title sequence roles we see the previously underground performers on the MGM Grand Theatre in Las Vegas where they claim that they will rob a bank. A poor unexpecting individual is chosen to be a part of their illusion and the four of them with their helpless accomplice rob a French bank of 3 million euros. As you would imagine this attracts the attention on the grumpy, skeptical FBI agent Dylan Rhodes (Mark Ruffalo) who has been paired with Interpol agent Alma Drey (Melanie Laurent). They team up with notorious magic debunker Thaddeus Bradley (Morgan Freeman) to stay ahead of the Four Horseman as they pledge to give the world a magic show that they will never forget. What Now You See Me lacks in its nonsensical narrative it makes up for in its fantastical displays of magic and illusion which is sufficient to hook the audience in the opening scene and play them until the end. The dialogue was poorly written and the unravelling of the great big magic trick actually didn’t make much sense, not only was it unnecessarily convoluted but it actually seemed pretty pointless. The whole illusion could have been done without the Four Horseman putting on such a big show so it became hard to make sense if it all, even its final twist failed to shock because at this point I had lost interest in what anyone was trying to do. 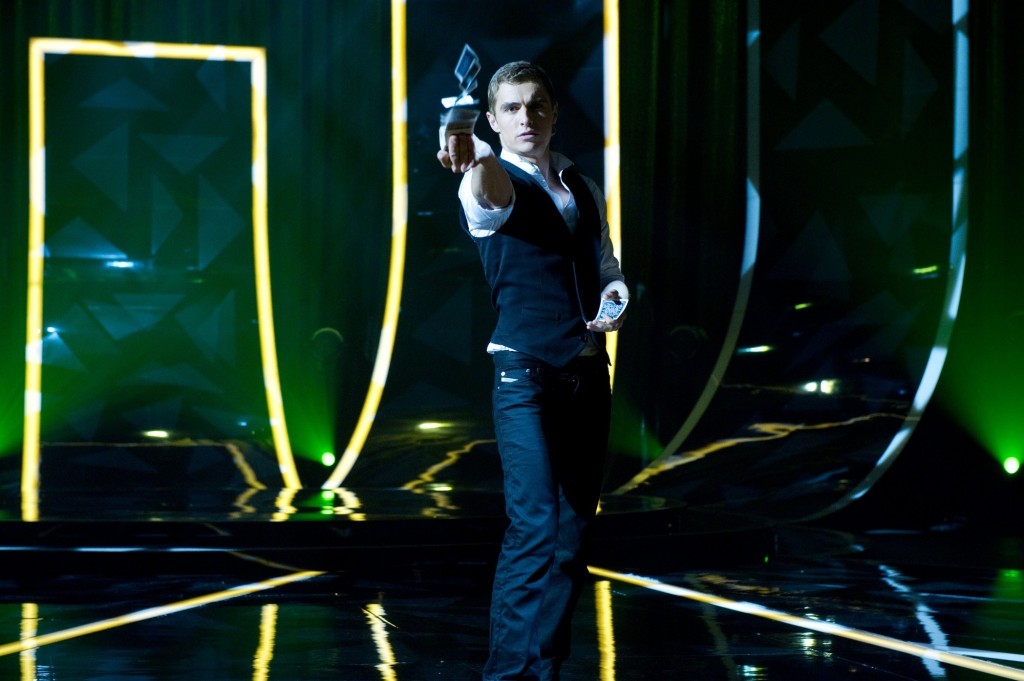 The first half of the film was excellent, I was well and truly hooked, the characters had a great dynamic even if their dialogue was wooden. Eisenberg and Harrelson carried the show as they bounced off each other with genuine chemistry, I guess we can thank Zombieland for that. Isla Fisher was not at her best and failed to show even a second dimension to her character whereas baby Franco was equally shallow, despite his more courageous moments. As for Michael Caine I found him to be heroically underused and an odd choice of casting, perhaps it was a vague nod to The Prestige, I’m really not sure. Morgan Freeman however unfaultered and Ruffalo was just Ruffalo, but a cop version. The film descended into silliness where the four main characters disappeared into the background as the story unfolded between Rhodes and Bradley both of whom were undecided as to whether they were allies or enemies – an interesting concept for sure and one that was played out well until the end. It was the big magic show that put a massive downer on anything, especially since it all started so well. 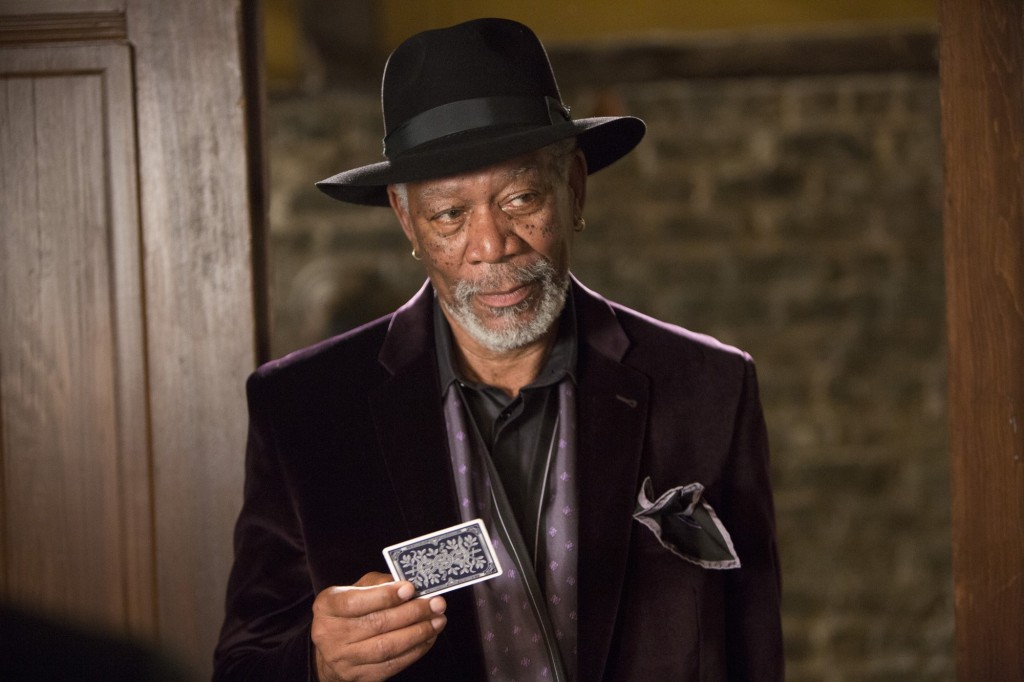 Now You See Me was a fun, at times exhilarating and mesmerising jaunt behind the scenes of the magical world of illusion, misdirection and slight of hand while still managing to wow you like an audience member at the show. The poor script is forgivable but the unfortunate lack of clarity in the final few scenes felt unaccomplished and frustrating. Just watch the pictures, let it wash over you and enjoy the ride.