Okay folks, let’s get a few things straight right off the bat: 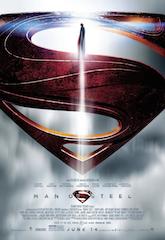 1. This ain’t your daddy’s (and granddaddy’s) Superman. Remember that.

2. This is no Superman you’re familiar with. If you’re thinking that this is anything like “Superman Returns,” you’re wrong. Sorry.

3. Oh, you held on to the belief that Superman was always Clark Kent and still changed in phone booths? Oh honey, we have some talking to do!

Now, let me just say that this movie is FANTASTIC. I’m going to repeat that because we don’t often get to review great movies (though I hold no one responsible for that except bad movies from Hollywood). “Man of Steel” is fantastic. If you love action, mystery, the gorgeous Henry Cavill in a multitude of roles, and can picture Superman in a different world, then you will love “Man of Steel.”

There is so much I could tell you about this movie – about the awesomeness of Clark learning how to be Superman; how Van Alden (er, sorry, General Zod) is evil beyond evil; how Lois Lane’s character is turned on its head and remade perfectly – but I don’t want to spoil anything. Nothing is worse than that.

If you look at the reviews for “Man of Steel,” they range from high praise to very lackluster. Rotten Tomatoes rated it 56%, with the audience giving it 76%. Interestingly, Rotten Tomatoes Senior Editor Gray Drake was shocked that his website gave “Man of Steel” such a low rating; in fact, it was rated lower than 2006’s “Superman Returns.” On Fandango, critics rated the movie “So-So” while audiences said “Go.”  Lastly, IMDB rated the movie at 7.4 stars out of 10.

In the last seven years, we have had two different Superman-centric movies come out: “Superman Returns,” which carries on with the Christopher Reeves feel movies, and now “Man of Steel.” This movie, from Christopher Nolan and Zach Snyder, may as well take place in a different universe – and, in terms of characters, plots, and such, it does. This Earth, this ending of Krypton, this Superman, they are different than the Superman we grew up with and read about in DC comics. But can this universe work? Absolutely. Henry Cavill is a brooding hero trying to find himself by wanting to do what is right, even when he knows that could reveal his secret. When that happens, he moves on to a new place and a new hope for a norman life. He’s an itinerant super hero without the cape and suit. When he finally does find out about who he is, it’s around the same time he meets Lois Lane and forms a bond with her. Going back into the history of Krypton and the fall of that civilization, then General Zod’s coming to Earth in hopes of recreating Krypton, adds depth to these characters and the new world that Nolan and Snyder have created. And finally, when it comes between good and evil, Clark/Kal-El (yes, lots of Krypton names throughout; hooray for my fellow geeks!) must make a terrible choice. 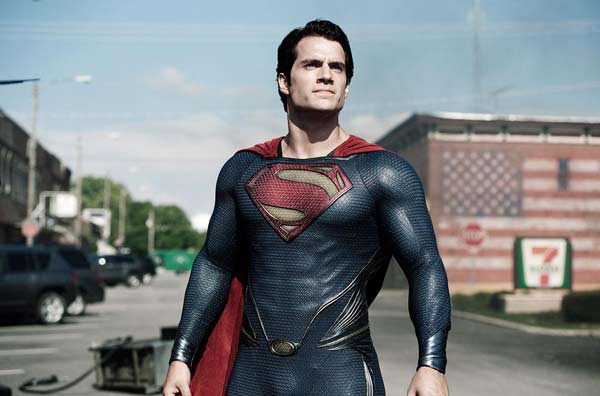 Is the movie perfect? No. But is it great and interesting and fantastic, in the sense of taking us into a new fantasy land of Superman? Yes. Just don’t make the mistake of calling him “Superman” too often. He’s the Man of Steel, and there’s a big difference.