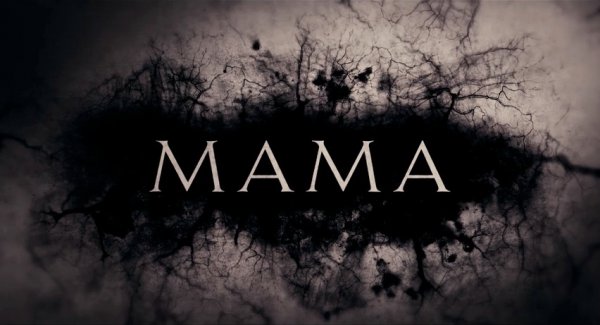 The word of the day is: Surreal

Every time I say the word surreal I need everyone in the audience to sit back in your chairs and go, “Hmm. That looked pretty weird, but where’s the scary stuff?” Not quite as catchy as screaming real loud, but then this isn’t Pee-Wee’s Playhouse. It’s not nearly that scary. Also, I need an excuse to use the word surreal a lot. 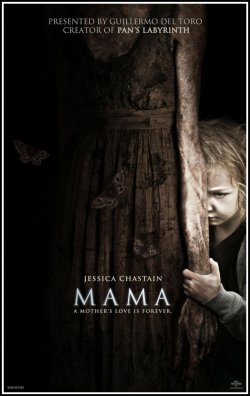 Jeffrey’s got some problems with the machinery in the head. After some gears come loose he has no choice but to go on the run, taking his two young daughters with him. Distracted on a snowy road, Jeff veers off the road and crashes, taking refuge in a seemingly abandoned cabin. Out of options, he sees only one way out and decides that it would be merciful to take his daughters with him. That would be the end of it if not for someone, or something, swooping in to stop him. Now that could be the end of it but see, Jeff’s got a twin brother, Lucas. He’s obsessed with finding out what happened to his brother and his nieces. Despite five years having passed he still pours money into a fruitless search for them. Until finally, the team he’s hired happens upon Jeff’s busted up car, the cabin, and the girls who’ve turned almost completely feral. Now Luke’s got to learn how to be a Dad and his punk-rebel girlfriend needs to learn how to be a mother. The problem is that the current holder of the latter position doesn’t much like competition.

The most effective part of a horror movie isn’t a scary looking costume or a shrieking violin. Those can add to a scene, but they can’t create something frightening or shocking on their own. To pull from a famous example, the shower scene in “Psycho” may have worked without the music, but it definitely wouldn’t have worked if you could see everything that was happening. What creates suspense is all the things the audience is not clued into. “Why is Norman Bates’ mother stabbing her… ooohhhh.” Same rules apply here. We get a momentary glance at what Mama is at the beginning of the movie, and then we don’t see her again for the longest time. We only know she’s hiding in the corner or behind that door, waiting to pop out. We only ever understand her through some of the more surreal interactions she has with her “daughters,” and because we don’t know what she looks like, she’s that much scarier. Especially since the glimpses of her we see show that she has exaggerated proportions like arms and fingers that are just a bit too long to seem natural. But once she’s revealed, it resolves the mystery. Mama isn’t all that difficult to look at when she’s taking up large amounts of the screen for long periods of time. To put it simply, we wouldn’t mind looking at her, but we would mind when she’s looking at us. She’s surreal, but she’s not scary. 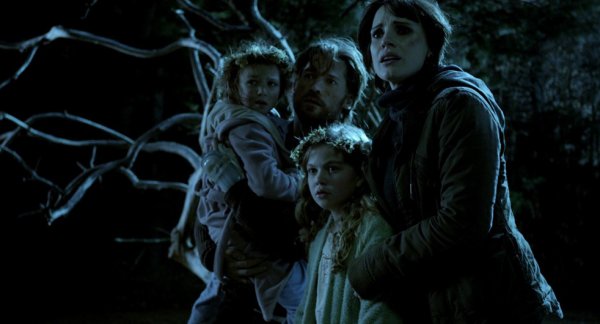 To add insult to the injury of a non-scary horror movie, a majority of the characters had some serious lapses in judgment, or were just terminally frustrating. The main emotional theme running through this movie should be fear. If I’m getting more upset at a character doing something dumb,  the movie’s doing it wrong. There’s one scene, which is briefly lit solely by camera flashes. Though the scene was pretty well done, the character being there in the first place was totally inconsistent with what he was established to be; intelligent. Instead, he does something stupid. It’s like everyone splitting up in a haunted mansion, big no-no.

Topping that, the haunting doesn’t seem to follow any established ethereal logic. Things just tend to happen because they look surreal, more than due to some set of rules. It’s very unenthusiastically exposited that science can’t explain everything, but there has to be a consistent logic to the story for there to be any sustainable suspension of disbelief. A haunting doesn’t even require that much explanation, but the movie decides to pull a whole lot of things out of its hat and just tells the audience to go with it. Mama can do a whole bunch of stuff just because, and some of the characters do a whole bunch of stuff otherwise counter to their personality… just because. The occasional explanation they do offer aren’t enough. It’s just because, followed by something surreal.

There are movies that are scary in theaters that can actually stay scary at home. “Insidious” was a nail bitingly, armrest crushingly, eye avertingly scary movie in the theater and its impact was only mildly reduced by its transference to television. “Mama” might have been scary in theaters for one or two moments, but it’s definitely not scary at home. Surreal, but not scary. Inconsistent, but not that scary. Worth a watch? Maybe. It gets pretty funny if you imagine that Nikolaj is Jamie Lannister and Mama is actually a white walker. It doesn’t even interfere with an ending as confusingly abrupt as it is unsatisfying! Not to mention, surreal.

Editors Note: Mama is the theatrical movie premiere for Saturday, October 19th. Watch the movie if you dare!