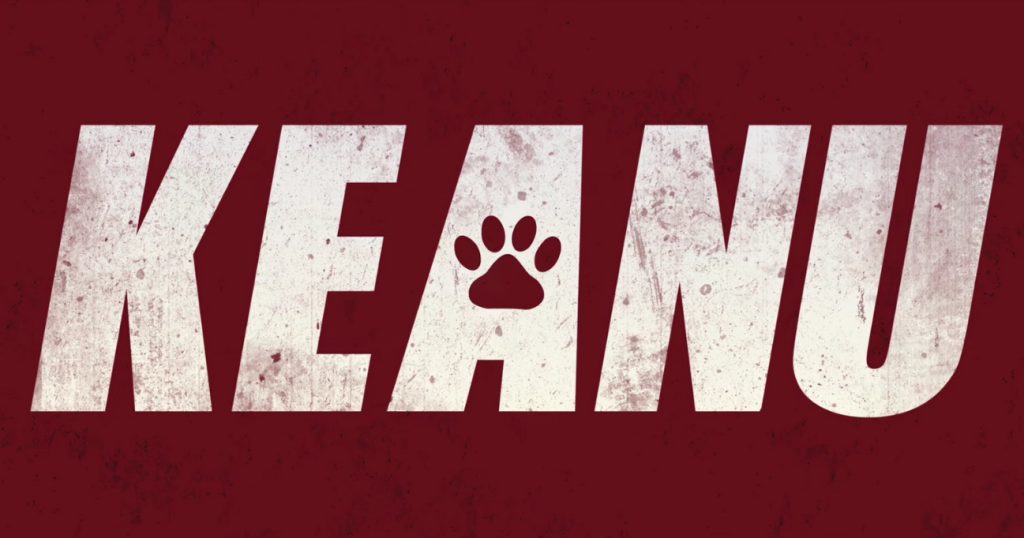 After making a name for themselves on the Fox sketch comedy series Mad TV, Keegan-Michael Key and Jordan Peele broke out on their own in the critically acclaimed series Key & Peele. For five seasons, the two took on issues from a uniquely ridiculous and insightful perspective.

For their first big screen collaboration, Key and Peele opted for full-on surrealism. Keanu is the tale of a recently dumped sad sack named Rell (Peele). Initially unable to move on, Rell finds new meaning in his life when he comes across an adorable kitten on his doorstep, the titular Keanu. Rell quickly bonds with the cat and delights in his little friend’s company. Unfortunately for Rell, Keanu is soon stolen by a local drug dealer named Cheddar (Method Man), and Rell must enlist the help of his rather timid cousin 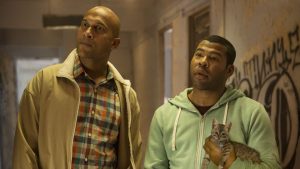 Clarence (Key) so they can infiltrate Cheddar’s gang and steal Keanu back.

One of the biggest challenges for Key and Peele’s Keanu was maintaining the signature humor of their sketch show while making a feature-length narrative. In this, I believe they succeeded. Keanu plays like the madcap comedies of the ’30s. One is reminded of Katharine Hepburn and Cary Grant chasing a leopard and an intercostal clavicle in Bringing Up Baby, not just because the main characters are all chasing a cat, but also because the circumstances grow hilariously out of their control. Refreshingly, Key and Peele opt to move away from modern film’s hyper-realism and into a screwball genre-type farce. At the same time, they are fully aware of the real-world, modern-day expectations that audiences have for them, and they subvert these expectations at every turn. Their characters must negotiate identities as soft-spoken middle-class men masquerading as tough guys in a rough neighborhood. This subversion of racial and 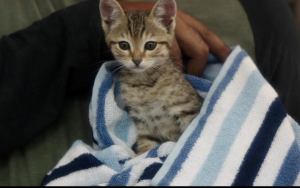 socioeconomic tropes has always been present in Key and Peele’s comedy, and they build on it more in Keanu expanded running time.

In addition to the irresistible kitten, the film’s cast is rounded out by the aforementioned Method Man as deadly serious (and seriously smitten) Cheddar, and his assistants: Hi-C (Tiffany Haddish) and Bud (Jason Mitchell, who made quite an impression as Eazy-E in last year’s Straight Outta Compton). Character actor Luis Guzman (recently seen in Narcos) plays Bacon, a rival gangster and another admirer of Keanu. The cast takes the increasingly ludicrous scenarios in stride, and everything feels that much funnier due to the ultra-serious framing surrounding the story, aided by director Peter Atencio’s purposely overblown and outright parodic action film sequences.

Keanu is fun, funny, and yes, cute. It’s a sweet and warm comedy, and definitely worth watching. Check it our when it premieres on all HBO platforms on December 3rd.